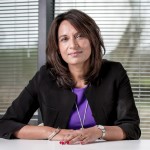 Mitie Group plc, the facilities management organisation which delivers a range of services across the UK, has announced its results for the year ending 31 March 2015. The FTSE 250 company’s headline results reflect “strong revenue and earnings growth” with revenues up 5.8% to £2,266.2 million in addition to sector-leading organic growth of 6.1% in FM. Operating profit before other items increased by 0.9% to £128.6 million. Profit before tax is up to £114.1 million.

Other headline figures issued in this morning’s announcement are as follows:

In this period Mitie Group plc – a business employing approximately 70,000 people across the United Kingdom and Europe – was awarded new contracts including: 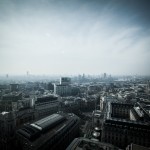 In addition, Mitie is launching a £20 million entrepreneurial fund to back management teams under ‘The Mitie Model’ such that they might start up new businesses or invest in and grow existing small businesses.

Speaking about this latest set of financials, Ruby McGregor-Smith CBE (CEO of Mitie Group plc) explained: “Mitie has made good progress this year. We have re-positioned the business and lowered our risk profile. Our Facilities Management business accounts for circa 85% of group revenue and is a UK market leader.”

McGregor-Smith continued: “We see considerable opportunities across our markets to provide clients with higher quality, innovative services that save them money. We also see this as a positive environment in which to start and grow new businesses. We are only as good as all of our people, though, and supporting and developing them is critical to our ongoing success.”

*Further information on Mitie’s year end financial results can be found at: www.mitie.com/investors