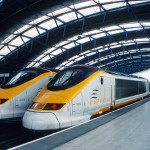 Mitie has just retained its multi-million pound security contract with prestigious client Eurostar. The three-year contract, which has the potential to be expanded to five years, will be delivered by Mitie’s dedicated Total Security Management (TSM) business.

Having already worked together for five years, Mitie and Eurostar have developed a well-established relationship. Mitie will now provide more than 250 highly-trained security professionals for servicing the contract. Those members of personnel will continue to ensure the safety and well-being of Eurostar’s passengers.

Bob Forsyth, managing director at Mitie TSM, commented: “I’m delighted to be continuing our working arrangement with Eurostar. We’ve enjoyed becoming a trusted and innovative partner to Eurostar and look forward to continuing this productive relationship into the future.”

Forsyth added: “We’ve maintained our 100% client retention rate in the transport and aviation sector. We have a proven track record in this sector whereby we’ve demonstrated success in understanding compliance needs and, importantly, how to enhance the passenger experience.”

Speaking about the contract award, Stephen Fielder (head of security at Eurostar) stated: “Mitie will continue to be a key partner for the growth of our business over the coming years. We are again entrusting the company to handle the ever-increasing passenger volumes departing from our UK terminals. We also have the challenge of introducing passport checking at all UK exit points, and Mitie will be integral in supporting us when making this process hassle-free for our passengers.”

Last month, Eurostar reported continuing growth in passenger numbers and sales revenues for 2014 as the business celebrated its 20th Anniversary and unveiled the new e320 trains.

Last year, passenger numbers rose by 3% to 10.4 million (2013: 10.1 million) bringing the total number of passengers travelling on Eurostar since the start of services back in 1994 to over 150 million.

2014 sales revenues increased by 1% to £867 million (2013: £857 million). In particular, this performance was underpinned by the strong recovery in the UK economy which also led to an increase in business travel bookings throughout the year. In 2014, the number of Eurostar business travellers increased by 4% compared with 2013.

Eurostar unveiled the aforementioned state-of-the-art e320 model at St Pancras International Station. The e320 trains are due to enter commercial service at the end of this year.

In total, Eurostar is investing over £1 billion in its fleet and service and will be introducing 17 new trains across the next three years.