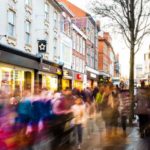 Victoria Atkins, the Minister for Crime, Safeguarding and Vulnerability, is now examining options for providing further protections for shop workers from acts of violence and abuse. The Government’s Call for Evidence – issued by the Home Office – is intended to help strengthen the evidence base and look at all options for addressing these crimes.

Chairing a meeting of the National Retail Crime Steering Group, which includes members such as the British Retail Consortium and the Association of Convenience Stores, Atkins discusses proposals for a Call for Evidence. These include how to protect retail workers from abuse and violence that often occur from age-restricted sales, such as cigarettes and alcohol.

The Home Office’s Commercial Victimisation Survey estimated that, in 2017, workers from the wholesale and retail sector were victim to around 510,000 incidents of assaults and threats, more than twice the number recorded in 2016 (at 203,000 incidents).

“No-one should be subject to violence and abuse in their workplace,” asserted Atkins. “I have every sympathy for retail staff who’ve been the victims of these appalling acts just for doing their jobs. It’s vitally important to tackle this issue. The latest meeting of the National Retail Crime Steering Group rightly focused solely on violence and abuse toward shop staff in order to understand what more we can do to protect those in the industry.”

James Lowman, CEO of the Association of Convenience Stores, responded: “The safety of people working in shops is our foremost priority and we’re absolutely determined that our work with the Home Office must deliver lasting change and safer shops. This includes securing a strong response from the police and criminal justice system to ensure offenders are brought to justice and send a clear message that violence against shop workers is not acceptable.”

The Home Office will provide £50,000 worth of funding for a sector-led communications campaign to raise awareness of the wide-ranging offences perpetrated against staff in the retail environment.