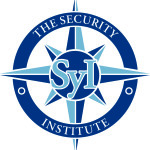 Mike White and David Rubens have accepted places on the Board of Directors at The Security Institute, with the organisation’s chairman Garry Evanson explaining the move as “adding strength to the existing group of individuals by bringing in two very active and engaged members who can contribute greatly to what we can achieve as a Board of Directors in implementing our plans.”

Following spells in both the defence electronics and local Government sectors, Mike White joined the security business world in 2000 working on the South Coast managing a portfolio of accounts that included security provision for public sector, private sector and military locations alike.

In 2003, White moved to London and has since operated in the security field across multiple projects for clients in the fields of retail and finance as well as several blue chip businesses and, at times, encompassing elements of the UK’s Critical National Infrastructure. 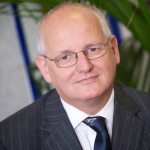 At present, White is an independent security, risk management and training consultant, serving as director of the Hampton Security Consultancy.

He recently completed his permitted term as chairman of the International Professional Security Association and is also an active member of ASIS International’s UK Chapter, The Worshipful Company of Security Professionals and the Institute of Leadership and Management.

“I’ve been a very active member of the Events Committee at The Security Institute for a couple of years now,” said White, “and have represented the organisation on the Security Regulatory Alliance. I know the Board members and the staff at headquarters very well so it will be a swift process for me to become an effective part of the team.”

David Rubens CSyP has been involved in the UK’s security business sector since 1992. He ran his own consultancy from that year until 2013 under the names of Meido Consultants and David Rubens Associates. From December 2013 until recently, Rubens served as managing director of InfraSafe Security International, the international division of InfraSafe (a major US-based security technology company).

Rubens has also been involved in the academic side of security and risk management, completing his MSc at the University of Leicester’s Scarman Centre back in 2006. He subsequently taught on a range of security-related programmes at Leicester, Cranfield University and the University of Portsmouth. It’s at Portsmouth that Rubens studied for his professional doctorate, duly completing his thesis on the strategic management of hyper-complex crisis events. 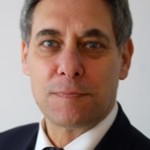 Commenting on his appointment, Rubens told Risk UK: “I’m really looking forward to returning to the Board having served in the past. The Institute continues to be a leading voice in the promotion of the security sector and the desire to increase the professionalisation of security practitioners. As someone who has experienced and benefited from the academic side of security and risk management, this is something about which I’m extremely passionate.”

Referencing The Security Institute’s two new Board directors once again, Garry Evanson added: “We have some demanding targets for this year and there’s a lot to be achieved, so I’m delighted to be welcoming two experienced and capable individuals to the team. They will be working closely alongside myself and our managing director David Thorp to help us achieve our goals.”

Changes at The Security Institute’s headquarters

At The Security Institute’s headquarters, meanwhile, Carol Douthwaite joins the organisation in the role of administration manager. Douthwaite has over 20 years’ experience of office management and supervisory experience.

In addition, Di Thomas – the Institute’s former general manager – has assumed the new role of development manager. Going forward, Thomas will be responsible for building new relationships at the individual and corporate levels as The Security Institute gradually implements its plans for broadening the base of the business.

Leaving the organisation is Vickie Bailiss, who has been with the Institute for almost three years now and, latterly, in the role of events co-ordinator. Next Tuesday’s Annual Conference in central London will be Bailiss’ swansong with The Security Institute, her last day with the business being Friday 25 September.

Bailiss is moving on to work in events for one of the UK’s largest professional bodies, namely The Law Society.

About The Security Institute

The Security Institute is a not-for-profit organisation established in 1999 for the benefit of individuals working in the security sector. It exists to promote the art and science of security management and works to drive standards, educate and spread Best Practice across the security sector.

The Institute is responsible for managing and operating the Register of Chartered Security Professionals on behalf of The Worshipful Company of Security Professionals. In conjunction with the Registration Authority it sets standards, provides quality control and looks after the appointment (and management) of licensees and admitted registrants.