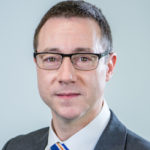 Mike Haley: the next CEO at Cifas

The Board of Cifas, the UK’s fraud prevention agency, has announced the selection of Mike Haley as the new CEO for the organisation when current chief executive Simon Dukes steps down in April. Haley has over 30 years’ experience of tackling and preventing fraud across the public, private and not-for-profit sectors, leading investigative teams and directing fraud strategy at organisations including the NHS, the Ministry of Defence, the Office of Fair Trading, the National Fraud Authority, Her Majesty’s Revenue and Customs and the Solicitors Regulation Authority. Haley joined Cifas back in 2015 in the role of deputy CEO.

Commenting on Haley’s appointment, Simon Dukes stated: “Mike has already contributed a wealth of experience and expertise to Cifas. I’m very pleased that he has been chosen by the Board to bring these skills to the role of chief executive and I wish him every success.”

Dukes leaves Cifas on Monday 30 April after nearly five years of service to the organisation in order to take up the position of CEO of the Pharmaceutical Services Negotiating Committee.

For his part, Mike Haley said: “I’m delighted to take up this role, and I’m looking forward to continuing to develop Cifas as an innovative and authoritative leader in the field of fraud prevention as we navigate the challenges and opportunities of the coming years.”

Cifas exists to prevent fraud and financial crime. It’s an independent, not-for-profit membership organisation that protects businesses and individuals alike through effective and secure data and intelligence sharing between the private, public and third sectors.

Last year alone, Cifas member organisations prevented over £1.1 billion worth of fraud losses. Every day, Cifas sends the details of approximately 800 fraud cases to the City of London Police for potential investigation.

The organisation offers Protective Registration for individuals whose identities are at risk of being used fraudulently, for instance in the aftermath of a burglary. In addition, Cifas runs a scheme entitled ‘Protecting the Vulnerable’, which is offered free of charge to local authorities in order to protect those under the care of Court Deputies who are unable to access financial products and whose identities may be at risk.