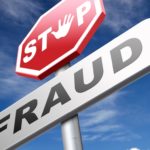 Two respected mental health professionals have been revealed as fraudsters after being investigated by NHS Protect, which leads the national fight against fraud, bribery and corruption within the National Health Service.

Lisa Hill (55) of Stourbridge Road, Hagley and Dr Ian Walton (59) of Stourbridge Road in Wombourne earlier pleaded guilty to Fraud (contrary to Section 2 of the Fraud Act 2006) for defrauding their former employer – the Sandwell and West Birmingham Clinical Commissioning Group (SWBCCG) – of £153,600.

At Birmingham Crown Court on Tuesday 20 December 2016, both Hill and Walton were each sentenced to two years’ imprisonment, suspended for two years, plus 200 hours of unpaid work.

Under a Proceeds of Crime Act order made at the court, they must now pay back the full amount of £153,600 in compensation (half each) within three months in addition to £7,500 each in prosecution costs.

On top of their NHS roles, they were both trustees of a charity called Primary Care Mental Health and Education (PRIMHE). Both Hill and Walton delivered training in their private capacities under the charity’s name, attracting a cohort of students from all over the UK.

In 2012, Sandwell and West Birmingham NHS Primary Care Trust (SWB PCT) was coming to an end, as it was changing into a clinical commissioning group (SWBCCG). For a time, commissioners could apply for special ‘Innovations’ funding for schemes that improved quality of service to the public by submitting business cases. However, in December 2012 (when SWB PCT was in effect the SWBCCG in shadow form), it was made known that this funding was no longer available as it was needed to ease ‘Winter Pressures’ (ie the seasonal surge in demand for NHS services, including the hospital admissions of vulnerable and elderly people).

Knowing very well that the ‘Innovations’ funding had already been withdrawn, Hill and Walton still tried their luck and falsely submitted an invoice for £153,600 to SWBCCG in the name of their PRIMHE charity. The money was signed off in error by a senior member of SWBCCG’s Finance Department, and duly arrived in the charity’s bank account. At this point, Hill and Walton took advantage of their access as trustees and transferred 95% of the funds to a bank account under their control, held by a company registered to them called Walton Hill Associates.

A colleague of Hill suspected fraud and raised the alarm with senior staff. With the full co-operation of SWBCCG, NHS Protect mounted a thorough investigation. This revealed the high professional reputation and good connections of Walton and Hill. For example, they had negotiated contracts with Staffordshire University and Birmingham City University to have their training programmes accredited and sought accreditation by the Royal College of General Practitioners. They were also receiving payment as lecturers from Birmingham City University because of their expertise in mental health.

The arrangement was that the staff of SWBCCG member practices would have their training paid for by the CCG as a commissioner. This meant it was in Lisa Hill’s financial interests to authorise the students to attend courses she was being paid to lecture on. It emerged that some of these students should not have been funded by the SWBCCG. This was another aspect of Hill’s abuse of trust.

In 2012, when he was chair of the Black Country Local Commissioning Group, Walton was named Clinical Leader of the Year at the National Association of Primary Care Commissioning Visions Awards, presented by Practical Commissioning Magazine. The awards “recognised the hard work of clinical commissioners and what they’ve achieved through service redesign.” Walton’s work with the Primary Care Mental Health and Well-Being Service was highlighted in October 2011.

Hill and Walton are also known to have created a further company – namely Top of The World Training Ltd – in order to deliver training to students.

Sue Frith, managing director of NHS Protect, stated: “Both their peers and the public will be dismayed by the criminality of Hill and Walton, who abused the high level of trust and respect in which they were once held. The argument that some of the stolen money was constructively spent can never justify defrauding the NHS. NHS Protect will follow up on all suspicions of fraud reported to us, and seek to prosecute wherever appropriate.”

Andy Williams, accountable officer at NHS Sandwell and West Birmingham CCG, added: “We welcome the sentencing of former team members Lisa Hill and Dr Ian Walton. Patients and the general public can be assured that we responded swiftly as soon as were made aware of the matter by an internal whistleblower. We undertook an immediate and exhaustive investigation with the aid of independent auditors and NHS Protect. Both individuals were suspended during the investigation and their ability to influence public funds ceased.”

Williams concluded: “Sandwell and West Birmingham CCG has taken the strongest action possible to prevent such fraudulent activity from ever happening again. The protection of public money and NHS assets is paramount, and we’re absolutely committed to safeguarding them both now and into the future.”