Home Secretary Amber Rudd has announced that David Anderson QC, the former Independent Reviewer of Terrorism Legislation, will provide independent assurance of the reviews that MI5 and the National Counter-Terrorism Policing headquarters are conducting following the recent terrorist attacks in London and Manchester.

The MI5 and police reviews were commissioned by MI5’s director Andrew Parker and Metropolitan Police Service Commissioner Cressida Dick following the recent attacks at London Bridge/Borough Market and the Manchester Arena and with the support of the National Police Chiefs’ Council. The reviews will examine in detail at what was known and how investigative processes and decision-making operated prior to the attacks, and whether any further improvements can be made to help prevent future acts of terrorism. 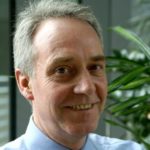 This work will consider key elements of the investigative life-cycle, including processes for assessing incoming intelligence and prioritising investigations through to managing the potential risk posed by individuals after they’re no longer subject to investigation. It forms part of MI5 and National Counter-Terrorism Policing’s shared commitment to continued improvement as the threat evolves at pace.

David Anderson QC will conclude his work by the end of October and report his conclusions to the Home Secretary, copied to the Prime Minister and the Intelligence and Security Committee of Parliament.

In a joint statement, Andrew Parker and Commissioner Cressida Dick said: “Since the appalling terrorist attacks in London and Manchester this year, the police and MI5 have been working relentlessly to investigate the events that led up to the attacks, pursue those involved and protect members of the public.”

The statement continues: “After a major incident, we always look at how we can further strengthen the highly effective counter-terrorism arrangements that we’ve developed in the UK over many years. We welcome the independent assurance that David Anderson will provide.” 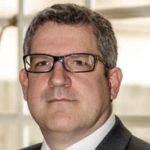 In conclusion, the joint statement reads: “Our organisations are deeply committed to being the best we can be at keeping the country safe. Our work necessarily involves difficult prioritisation decisions and professional judgements based on partial information. Sadly, we cannot stop every plot, but together with our partners we will do everything in our power to improve our ability to identify and disrupt those seeking to do our country harm.”

The threat to the UK from terrorism is complex and ranges from lone actors carrying out simple, but deadly attacks through to networks plotting more co-ordinated activities. MI5, the police service and their law enforcement partners have together stopped 18 terrorist plots in Great Britain since mid-2013, including five since the Westminster attack in March this year.