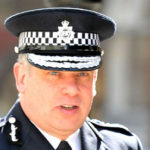 The Metropolitan Police Service’s Deputy Commissioner Craig Mackey QPM has been awarded a Knighthood by Her Majesty The Queen for services to policing. The recognition in the New Year Honours List for 2018 is a result of the Deputy Commissioner’s many accomplishments including the demonstration of outstanding leadership in UK policing through what was a challenging year in 2017.

Mackey has been the driving force behind the Met’s comprehensive reform programme, transforming the whole business to deliver a better service for London. He has led on delivering savings of £600 million from the Met’s £3.6 billion budget, but also ensured that the Met – which accounts for 25% of England and Wales’ cohort of police officers – was the only force not to cut officer posts to deliver savings.

In addition, Mackey launched a major initiative on the use of Stop and Search. Between 2012 and 2015, this led to a reduction of around 70% in the volume of searches and complaints while at the same time doubling the arrest rate. This initiative has had a fundamental impact on the Met’s relationship with communities, improving both trust and confidence. 74% of Londoners are now in favour of use of these tactics.

Further, Mackey has overseen a radical transformation of the Met’s diversity approach, and notably so when it comes to BME recruitment. The Met now harbours 50% of the national total of BME officers and, since 2011, has increased the number of these officers within its ranks from 3,000 to over 4,150.

Mackey stated: “Receiving a Knighthood has left me feeling both amazed and deeply honoured. I truly believe it’s a recognition not just for me, but also for the dedication of all the men and women of the police service with whom I have had the privilege to serve during the last 33 years. It comes at the end of what has been an extraordinarily difficult year, when so many of our officers have demonstrated huge courage, compassion and professionalism in the very worst of circumstances.”

Knighthoods at the Home Office 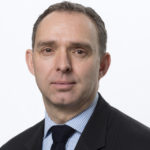 Home Office Permanent Secretary Philip Rutnam and his predecessor Mark Sedwill have also been knighted by Her Majesty The Queen in the New Year Honours List.

Rutnam joined the Home Office in April last year after five years as Permanent Secretary at the Department for Transport. He previously worked at the (then) Department for Business, Innovation and Skills, Ofcom and for Her Majesty’s Treasury as well as in the private sector for Morgan Stanley. In April 2015, Rutnam became the Civil Service Disability Champion.

Sedwill led the Home Office for over four years until April 2017, when he was appointed by the Prime Minister to be the next National Security Advisor. Prior to joining the Home Office, Sedwill held a number of high-profile roles at the Foreign and Commonwealth Office, serving as British Ambassador to Afghanistan and also as the Prime Minister’s Special Representative for Afghanistan and Pakistan.

Prior to joining the Home Office, Silverman undertook key work for a number of other Government departments and public bodies. He boasts a distinguished career in academia as a statistician.