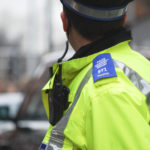 Ensuring a safe community and supporting the victims of crime are core missions for Merseyside Police, but as digital evidence has continued to grow, the force’s investigative resources have been stretched to the limit when it comes to the force meeting its stated goals. Investigators would often have to log into a number of systems to collect evidence and manually search for connections in cases using nothing more than their ingenuity. They would waste even more time e-mailing, phoning, ﬁlling out request forms, waiting for analysis results and driving from location to location.

In fact, 90% of digital evidence needed for investigations couldn’t be accessed in a timely manner, causing unnecessary costs, time delays and frustrations. Imagine waiting weeks to obtain a copy of a recorded 999 call, waiting months for an imaging unit to turn around requests for photographs or CCTV footage and having to log on to a dozen different systems just to pull together necessary evidence? These are issues familiar to all police forces and problems that Merseyside Police’s investigators faced every day.

Evidence sharing was equally difﬁcult. Like most police forces, Merseyside Police resorted to copying and sharing evidence on CDs. As forces in the UK move towards digitising information sharing between the police, the Crown Prosecution Service (CPS) and the court system, Merseyside Police has realised it needed a better and more efficient way of doing things. 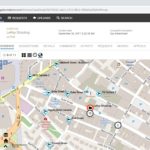 Merseyside Police has rolled out NICE Investigate to just under 6,000 registered users. Since its initial deployment, NICE Investigate has ingested over 500,000 cases and 4.6 million searchable evidence items, matching 1.6 million of those evidence items to active cases. Even more impressive is the fact that the system has managed to unearth evidence in cases that wasn’t previously found.

NICE Investigate is a one-stop shop for gathering evidence. It collapses all of Merseyside Police’s digital evidence silos into a single log on such that investigators can collect all of their evidence through one easy-to-use interface rather than having to log into each system individually. A ‘Google-type’ search enables investigators to search for evidence across all connected data sources, including RMS, Computer Aided Dispatch (CAD), body-worn video, NICE Inform (for 999 recordings), interview room recordings, crime scene pictures and more. 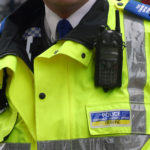 NICE Investigate automatically correlates and pulls relevant emergency (999) calls and body-worn video into cases, eliminating long wait times for evidence and hours wasted phoning, e-mailing and ﬁlling out forms. This occurs without the need for user-entered metadata which is often not available at the time of upload to force systems, making such evidence particularly hard to ﬁnd manually.

Investigators no longer need to physically request recordings, which can save weeks of waiting. In fact, authorised NICE Investigate users can instantly access body-worn video footage, 999 call recordings, crime scene investigation images and digital interview recordings, all of them linked to incidents in the NICE RMS system.

This has been especially helpful in domestic violence cases where body-worn video and 999 recordings are crucial to assembling the picture of what happened. Previously, it could take up to 24 hours to request and receive video and audio recordings. During that time, an offender could have been released.

Having access to this evidence while the offender’s in custody, and being able to replay it during an interview, can signiﬁcantly enhance the investigator’s ability to obtain a charging decision (before the defendant has an opportunity to sway a victim). 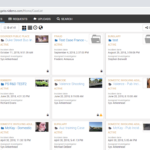 Investigate can also convert proprietary video into a standard format for viewing, and enables investigators to visualise evidence in meaningful ways (for example on maps or timelines). Finally, NICE Investigate’s virtual case folders simplify evidence sharing by providing a secure and auditable electronic way in which investigators can share digital case ﬁles and evidence with other investigators, supervisors and the CPS.

When it comes to applying innovative technology to solve digital evidence challenges, Merseyside Police is certainly leading the way. “We were the ﬁrst force in the country to have this digital evidence management system and we continue to innovate,” said the head of investigations at Merseyside Police. “It’s just one more way in which we’re putting our communities ﬁrst. We can now do far more in less time and our investigators have faster access to evidence which means that cases can be resolved successfully and sooner.”

Merseyside Police is looking forward to rolling out the next phase of NICE Investigate which will feature the addition of a public portal enabling  investigators to collaborate directly with members of the public, registered users in local authorities and businesses to secure CCTV footage electronically through the NICE Investigate public portal, instead of requiring ofﬁcers to physically travel from location to location.

Members of the public will also be able to upload digital evidence (from their personal CCTV systems, digital cameras and smart phones) in response to public appeals.