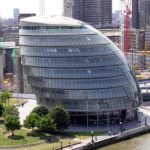 Sadiq Khan, the Mayor of London, has recently confirmed that he’s increasing his funding of policing in the capital by £27.8 million this year to attain a total figure of £621.6 million. The Mayor made this announcement just as his first budget was being considered for approval by the London Assembly.

This additional £27.8 million funding stream follows on from warnings issued by outgoing Metropolitan Police Service Commissioner Sir Bernard Hogan-Howe QPM that proposed Government cuts, on top of the £600 million of savings that have already been found since 2013 (with a further £400 million still to be realised), may mean that the Met will have to introduce NHS-style ‘rationing’ of its services to Londoners and cut thousands of police officer roles.

According to the Mayor’s office, since 2010 the Government has “systematically cut” policing budgets in London. The Home Office is now preparing plans to change the way in which the overall police budget is divided between different forces across the country, and there’s a “real risk” that the politicians will seek to move police funding away from London and give it to other forces instead.

When similar changes were considered back in late 2015, the Metropolitan Police Service stood to lose between £184 million and £700 million. Ministers are expected to make a decision on the final figure later this year.

In December last year, the Government set out that Metropolitan Police Service funding next year would be £17.4 million lower than in 2015-2016, as the previous London Mayor, Boris Johnson, cut the police precept in the same year as the Mayoral election. This was despite a Government warning that, if Johnson didn’t provide additional funding from Council Tax, such a course of action would result in a future cash cut for police funding.

Sadiq Khan stated: “My first priority is keeping Londoners safe and that means maintaining police officer numbers at as high a level as possible. I’ve done everything possible to protect police numbers in this budget. The Government must now play its part, too.”

The Mayor has also announced that he’s committing an extra £250,000 for a major new anti-knife crime campaign.

Matters of the Mind