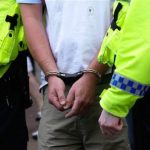 Sadiq Khan, the Mayor of London, and Cressida Dick (Commissioner of the Metropolitan Police Service) have set out plans to spend £85 million of new City Hall funding to tackle violent crime and burglary in the capital. The news comes as the latest figures issued by the Office for National Statistics (ONS) show that violence and knife crime has begun to slow down in London, but is increasing more starkly across the rest of the country. However, it’s clear the figures remain much too high and both the Mayor and the Commissioner are determined to do everything in their power to crack down on violence and knife crime.

Khan intends to increase his share of council tax by the maximum amount allowed by the Government for the second year running in order to give additional funding to the Metropolitan Police Service. Last year, the Met used £15 million of additional City Hall funding to create the new Violent Crime Task Force, with 272 dedicated officers focusing on tackling violent crime in the areas of London that have been worst affected, in turn leading to nearly 2,500 arrests and the removal of more than 1,000 dangerous weapons from London’s streets.

The Mayor also created the £45 million Young Londoners Fund to provide positive opportunities for disadvantaged young Londoners away from crime, and created the new Violence Reduction Unit tasked with learning the lessons from successful schemes in Glasgow and elsewhere to tackle the root causes of violent crime.

This year, the Met Commissioner plans to use the additional funding to build on the success of the Violent Crime Task Force by giving the Met’s local policing teams access to additional officers to bear down on violence in their area. While officer numbers are still to be finalised, the plan is fully supported by the Mayor who has made tackling violence his foremost priority. Increasing officer numbers will allow even more focus on tackling the drugs market which fuels street violence, along with other proactive policing activity.

The Mayor is also investing an additional £6.8 million in the Violence Reduction Unit this year, and has announced that it will be led by Lib Peck, currently the London Councils’ Executive Member for Crime and Public Protection (leading London Boroughs’ cross-party work to keep Londoners safe) and the Leader of Lambeth Council.

Further, more resources will be invested in the police response to incidents of burglary which are rising in London. There will be a major boost for Met Trace, the Met’s flagship burglary prevention programme which involves officers visiting homes to provide Londoners with crime prevention advice and delivering property-marking kits, which will significantly widen coverage and protect homes across the capital. Local police will continue to focus on work designed to prevent burglary and target those responsible.

The additional funding will also support increased proactivity to both prevent and detect burglary.

Sadiq Khan said: “The causes of violent crime are extremely complex and involve deep-seated problems like poverty, inequality, social alienation and a lack of opportunities for young people. This been made much worse by huge Government cuts to the police and preventative services. I’m doing everything within my power to tackle crime and the causes of crime. These proposals will allow the Met to crack down on violence in communities, building on the work of the Violent Crime Task Force which has made nearly 2,500 arrests and removed more than 1,000 dangerous weapons from London’s streets. This is alongside new investment in the Violence Reduction Unit that will help tackle the root causes of violent crime.”

Khan added: “The latest ONS crime figures also show that we need to do even more to tackle burglary and that’s why we’re using my funding to increase the roll-out of more anti-burglary kits across London. Our increased proactive approach to support victims of residential burglary, with a focus on pursuing investigations, providing reassurance and tailored crime prevention advice, will bolster the police’s response to this invasive crime.”

Commissioner Cressida Dick responded: “The latest ONS crime figures show the challenges London has been facing so the extra money the Met will receive from the increase in council tax precept is crucial. It will be spent on what matters most to Londoners, enabling us to continue with our priority of bearing down on violence.”

The Commissioner continued: “The reduction in budgets and police numbers in recent years combined with increased demands has been a challenge and this extra money will enable us to begin to recruit more officers and staff to provide greater capacity to tackle violence, increase our response to the growing threat of online child sexual exploitation and deal with other key areas of concern such as burglary. We will support officers more, including with investment in technology and equipment, to make sure that every officer can be as effective as possible in preventing crime, solving more crime and bringing more offenders to justice.”

The ONS figures show that violent crimes in the 12 months to September 2018 increased by 6.1% in the capital compared to 21.8% across the country, while violence with injury rose by 1% in London compared to 9.2% in the rest of England and Wales. Knife crime in London saw a rise of 7.8% over the same period, which is a decrease on the previous quarter, while it increased by 9% in the rest of the country.

Burglary has increased more starkly in the capital compared to the rest of the country, which has actually witnessed a reduction of 3.7%.

Responding to the ONS statistics, chief constable Bill Skelly, the National Police Chiefs’ Council’s (NPCC) lead for crime recording and statistics, observed: “While changes to how police record crime and increased reporting explain some of the increases in police recorded crime in England and Wales, there are real rises in serious crimes like robbery and violence with weapons, with a devastating impact on victims and families. The ONS is right to remind us to keep the figures in perspective as, statistically, very few people experience crime, and particularly violent crime.”

Skelly continued: “The statistics show an increase in violent crime and those being in possession of an offensive weapon. These are things police forces are committed to tackling using many tactics like the Operation Sceptre national day of action on knife crime and our work with local NHS Trusts and Accident & Emergency units which are showing success. We will continue to work with the Home Office and other partners to deal with growing violent crime because this isn’t something that can be solved by policing alone.”

In conclusion, Skelly stated: “Rising crime, increased terrorist activity and fewer police officers have put serious strain on the policing we offer to the public. We are determining the additional capabilities and investment we need to drive down violence and catch more criminals and we will make the case at the next Government spending review. Equally important is driving up productivity and cutting any remaining inefficiencies.”