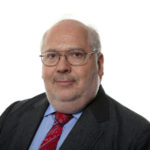 Sadiq Khan, the newly-elected Mayor of London, has appointed Lord Toby Harris of Haringey to undertake a full and independent review designed to ensure London is as prepared as possible for responding to a major terrorist incident.

Lord Harris has a long and distinguished career overseeing counter-terrorism and security both in London and at a national level. He will investigate the capability, capacity and collaboration arrangements of every London agency with a part to play in protecting Londoners and the city at large.

Lord Harris will also assess their ability to cope with multiple simultaneous incidents and report back later this summer on what more can be done to ensure Londoners are kept safe and secure.

Following the recent terrorist attacks in Paris and Brussels, this London-wide strategic review was one of the Mayor’s key Manifesto promises. The review will involve the Metropolitan Police Service (including its armed response capacity), other police services operating in London (ie the British Transport Police and the City of London Police), the London Fire Brigade, the London Ambulance Service, local Government officials, Transport for London and the Port of London Authority.

Speaking about the review, Sadiq Khan stated: “Nothing is more important to me than keeping Londoners safe. As a father of two daughters, I worry about my family going about our city just as I worry about all Londoners. I want to be reassured that every single agency and individual involved in protecting our city has the resources and expertise they need to respond in the event that London is attacked. I’m delighted that Lord Toby Harris has agreed to undertake this review, and look forward to his findings so that we can ensure every step is taken to mitigate any weaknesses and that we’re as prepared as possible.” 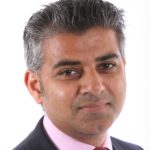 Lord Harris brings a wealth of experience and expertise to this critical role. He was a London Assembly Member from 2000-2004 and the first chairman of the Metropolitan Police Authority.

Until 2012, Lord Harris oversaw the Metropolitan Police Service’s national counter-terror strategy on behalf of the Home Office and is a member of the Joint Committee on the National Security Strategy

Lord Toby Harris explained: “I know just how much the Emergency Services and all of the other agencies do on a day-to-day basis to keep Londoners safe. However, given the constantly developing threat picture, it’s timely to see whether more is needed and whether the existing arrangements can be made even more robust. This review is intended to be thorough and wide-ranging so as to provide the Mayor with best advice on any action that needs to be taken.”

Chief Superintendent Martin Fry, British Transport Police Commander of B Division (London and South East), added: “Our officers work every day to maintain a safe environment for the millions of people travelling and working on the rail and tube network in London. This includes running operations such as Project Servator to deter and detect criminal activity in the capital’s stations. These officers could turn up at any station and at any time, and include both uniformed and plain clothed officers, alongside other assets such as police dogs. We will continue to work with our partners to keep the travelling public safe and look forward to contributing towards this review.” 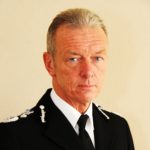 Sir Bernard Hogan-Howe explained: “We welcome the Mayor’s appointment of Lord Harris to lead this review. We’re looking forward to demonstrating how the Metropolitan Police Service has been developing its own response and working closely with partners to ensure London’s resilience is continually evolving and improving.”

Hogan-Howe continued: “Although we’re confident that the Metropolitan Police Service can deal effectively with the situation if terrorists did target our city, and we test ourselves regularly on this capability, we’re never complacent about the city’s security. We recognise that there will always be ways in which we can improve and that partners can work more effectively with each other. An overarching review such as this can only help make London more secure.”

Lord Harris is a former London Borough Council leader, and was formerly chairman of the Association of London Government. He has been a Life Peer since 1998, and recently undertook a full-scale review into the deaths of young people in custody on behalf of the Ministry of Justice.