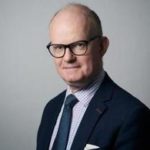 The Home Secretary Amber Rudd has appointed Max Hill QC as the Government’s new Independent Reviewer of Terrorism Legislation. Hill has been a QC for nine years and boasts extensive experience of both defending and prosecuting complex cases involving terrorism, homicide, violent crime, high value fraud and corporate criminality. He successfully prosecuted the 21/7 bombers, and also appeared at the inquest into the 7/7 London bombings.

The would-be 21/7 bombers targeted three London Underground trains and a bus on 21 July 2005 in an attempted repeat of the 7/7 attacks two weeks earlier, but their devices failed to explode and they were later jailed.

Hill now takes over the role from David Anderson QC, who has held the post since 2011.

Welcoming Hill’s appointment, the Home Secretary commented: “I’m pleased to announce that Max Hill QC has been appointed as Independent Reviewer of Terrorism Legislation. With the threat from terrorism continuing to evolve and diversify, it’s vital that we have robust oversight to ensure our counter-terrorism laws are fair, necessary and proportionate. Max Hill brings a wealth of experience and legal expertise to help deliver on this.”

Amber Rudd added: “I’m grateful to David Anderson QC for his service as Independent Reviewer of Terrorism Legislation and thank him for his considered reports and valuable analysis.”

Speaking about his new role, Max Hill QC enthused: “I’m very pleased to have this opportunity, which comes at a time of heightened concern about the risk from terrorism which we all face here in the UK. As a practising barrister with experience in both counter-terrorism and the rights of citizens facing allegations of serious crime, I’m very much looking forward to working with participants at all levels and from all sides.”

As part of his new role, Hill will be required to provide an Annual Report on his findings, which the Government must then lay before Parliament and publish. Hill begins his tenure in office on Wednesday 1 March 2017.

In his last interview in the role of Independent Reviewer of Terrorism Legislation, David Anderson informed ITV’s Peston on Sunday: “I can only indicate directions of travel because I don’t review the Prevent programme, but I think one thing the Government needs to do is a much better job of explaining its activity here.”

Commenting on Sir Mark’s retirement, Prime Minister Theresa May said: “I would like to thank Mark Lyall Grant for his long years of public service in the Foreign and Commonwealth Office, at the United Nations and also in particular for his work since 2015 as National Security Advisor. Mark has made a huge contribution and I wish him every success for the future.”

The Prime Minister added: “Mark Sedwill’s experience means that he’s ideally qualified to take up the critically important role of National Security Advisor. As well as his recent time in the Home Office, he has served in both Afghanistan and Pakistan and harbours wide-ranging experience of both foreign and security policy issues.”

Home Secretary Amber Rudd observed: “I would like to thank Mark Sedwill for his distinguished tenure as Permanent Secretary at the Home Office. He has worked hard in helping to achieve our mission of cutting crime, preventing terrorism, controlling immigration and protecting the vulnerable. His dedicated public service has helped keep our citizens safe and our country secure. I know he will continue that mission in his new role.”

Rudd continued: “I’m delighted to announce Philip Rutnam’s appointment as Permanent Secretary at the Home Office. Philip brings a wealth of leadership and delivery experience, including that gained by working on major projects and addressing the long-term needs of the UK. I look forward to working with him when he takes up his new role.”

A Civil Service Commission-led competition has been launched to find a successor to Philip Rutnam.

New Commissioner for the Met

Home Secretary Amber Rudd has also announced that Cressida Dick CBE QPM will be the first-ever female Commissioner of the Metropolitan Police Service. 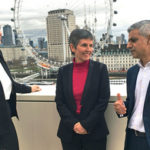 Cressida was appointed by Her Majesty The Queen following a recommendation from the Home Secretary. The views of Sadiq Khan, the Mayor of London, were also considered by the Home Secretary as part of this recommendation. Cressida took over the role from (then) current Commissioner Sir Bernard Hogan-Howe QPM on Wednesday 22 February.

Working with the Mayor’s Office for Policing and Crime and, indeed, partners from right across the criminal justice system, Cressida Dick is now responsible for overseeing the Metropolitan Police Service’s crucial work in preventing crime, bringing offenders to justice and continuing to ensure an effective national response to the ongoing threat posed by terrorism.

Amber Rudd explained: “Cressida Dick is an exceptional leader, and has a clear vision for the future of the Metropolitan Police Service as well as an understanding of the diverse range of communities which it serves. I’m delighted that Her Majesty The Queen has agreed with my recommendation after a rigorous recruitment process which highlighted the quality of senior policing in this country.”

The Home Secretary went on to state: “Cressida is absolutely the right choice to lead the Metropolitan Police Service as this Government continues its work to reform the police, and I very much look forward to working with her in order to make a real difference to policing and security provision within the capital.”

Dame Vera Baird QC – chair of the Association of Police and Crime Commissioners – has commented on the appointment of Cressida Dick as the next Commissioner of the Metropolitan Police Service.

“I welcome the announcement that Cressida Dick has been appointed as the Metropolitan Police Commissioner. Having worked alongside Cressida on the Commission on Women and the Criminal Justice System, I know that she will be very well-placed to lead policing in our vibrant and diverse capital. Her experience gained as the Met’s national policing lead on counter-terrorism will also help her to meet head-on the threats posed to security that the city faces. Moreover, aside from her experience and qualifications for the role, the appointment of the first female Commissioner is both welcome and timely.”

Baird added: “Given the growth in new types of crime through to continuing financial pressures across the public sector, policing across the country faces innumerable challenges. I look forward to working alongside the new Commissioner on tackling these issues for the good of our communities.”

National Police Chiefs’ Council chair Sara Thornton enthused: “My congratulations, and those of my chief officer colleagues, to Cressida Dick on her appointment as Commissioner of the Metropolitan Police Service. It’s an important milestone to see the first woman lead the biggest police force in the UK. We look forward to working with Cressida on continuing to reform and improve policing for members of the public.”