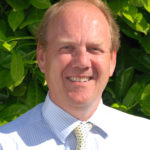 During the 50th General Assembly of Euralarm, the European association representing the fire safety and security industries, the members chose Martin Harvey of Johnson Controls to be the organisation’s new President. Harvey succeeds Enzo Peduzzi who has served in the role for the past three years.

A new general manager – Paul van der Zanden – to represent the association in Brussels was introduced. He’ll begin in post during Q3.

In separate meetings the next day, new chairs were elected for the Euralarm Sections and will also join as members of the Euralarm Board. Lance Rütimann (Siemens) will chair the Fire Section of Euralarm with, as vice-chairman, Michael Scharnowsky (Hekatron). Tornbjörn Laursen (SikkerhedsBranchen) will chair the Extinguishing Section and Alan Elder (of the Fire Industry Association) will serve as vice-chairman. Jon Könz (Siemens) has been elected chair of the Services Section with Philippe Lecuyer (DEF) taking the role of vice-chairman. David Wilkinson of the British Security Industry Association is to carry on as chairman of the Security Section. Milan Ceeh (AGA) has been elected as Wilkinson’s vice-chairman.

Euralarm’s 2018 General Assembly was hosted in Bucharest by Euralarm’s Romanian Member ARTS, a body representing the security industry in that nation. The event coincided with the end of the Euralarm Board’s three-year mandate and offered a review of progress achieved during that three-year period. Delegates from national associations and blue chip companies who were in attendance acknowledged that the security and fire sectors are now more unified and better integrated into European decision-making processes.

For his part, Peduzzi praised the work conducted to foster internal communications within the association, as well as align opinions and develop clear priorities shared across the whole scope of those businesses represented by Euralarm: manufacturers of products and systems, fire and security services providers, SMEs (mostly represented by national associations) and large international companies.

More weight at the European level

Through the integration of several new members over the past year, Euralarm now directly represents a bigger share of the security and fire industry. Similarly, the opening of an Extinguishing Section back in February this year allows Euralarm to carry more weight at European level, as the organisation now represents a unified front for the whole fire industry in European debates.

Under Euralarm’s umbrella model, different branches of the industry are represented by their own Section with separate membership. However, they act as one in their high-level dialogue with institutional players and other European stakeholders.

Developments across the last 12 months have empowered Euralarm to become a key player in the EU-Industry Joint Initiative on Standardisation and to sign a partnership agreement with CEN, the European platform for standardisation. These two strategic alliances allow Euralarm and the industry as a whole to speak with a stronger voice when it comes to the development of European legislation, regulation and standards.

A future development sanctioned by the assembled delegates from the members was the foreseen modernisation of Euralarm’s Statutes by the incoming Board in order to adapt the association’s legal framework to a changing institutional, political and commercial environment.