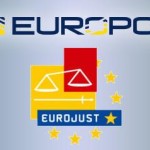 Thanks to support from Europol and Eurojust, a criminal gang responsible for defrauding EU Member States of around EUR 150 million has been dismantled in a joint action targeting VAT fraud

On Tuesday 3 March in a joint action targeting VAT fraud, law enforcement and prosecution authorities from Germany and the Netherlands – supported by Europol and Eurojust – dismantled a criminal gang responsible for defrauding EU Member States of around EUR 150 million. Nine individuals were arrested and 26 premises searched.

The co-ordinated day of action was initiated by the Prosecution Office for Serious Fraud and Environmental Crime in Zwolle and the Fiscal Information and Investigation Service in Almelo, Netherlands in close co-operation with the Public Prosecutor’s Office of Augsburg and the Bavarian State Criminal Police Office in Germany.

The size and scope of the operation was significant, encompassing 11 territories and nine EU Member States. During the day, law enforcement and prosecution authorities from the Member States involved, together with Europol and Eurojust experts, worked closely from a co-ordination centre at Eurojust in The Hague.

One of the main challenges of the operation was that the chosen targets were moving very quickly. Thanks to the swift communication and actions of staff at the co-ordination centre, this particular obstacle was successfully tackled and the arrest of the targets secured.

Europol deployed a mobile office to facilitate real-time information exchange and cross-matching analysis of the data collected. Letters of Request and other judicial instruments were facilitated on the spot.

This day of action is part of a large-scale investigation on organised VAT fraud named Operation Vertigo and formulated by the Czech Republic, Germany, the Netherlands, Poland, Eurojust and Europol.

Damage to the state budget of Germany by dint of illegally-evaded VAT and illegally reimbursed VAT is estimated to be in excess of EUR 100 million, while the Netherlands has suffered losses of at least EUR 30 million.

In the Czech Republic and Poland, losses are estimated to be in excess of EUR 10 million each.

Operation Vertigo began when investigators from the Netherlands and Germany observed a large number of VAT reimbursements from certain companies. Thanks to close co-operation between Europol and Eurojust, the links between individuals belonging to the organised crime group involved in this case were reconstructed.

Prior to the action, several bilateral and multilateral co-ordination meetings were held at Eurojust, while Europol provided extensive analytical support and intelligence sharing.

Indeed, this strong collaboration from the early stages of the investigation has played an important role in supporting Member States’ investigation teams, in turn helping the judicial authorities to identify key players and carry out targeted actions across national borders.

Carousel fraud is an abuse of the VAT system resulting in the fraudulent extraction of revenue. It may involve any type of standard-rated goods or services.

As is the case with acquisition fraud, goods or services are acquired zero-rated from the European Union, with the acquirer then going ‘missing’ without accounting for the VAT due on the onward supply.

The goods or services involved are not made available for consumption. Rather, they’re sold through a series of companies and then exported or dispatched, prompting a repayment from the tax authority to the exporter/dispatcher. This process can be repeated using the same goods or commodities.

Combating this particular type of fraud is an EU priority in the fight against serious and organised crime.

Following this latest operation, Michael Rauschenbach (head of operations for serious and organised crime at Europol) said: “This action sends out a clear message that Europol and its partners are determined to pursue those criminals involved in organised VAT fraud. Europol strongly supports EU Member States’ investigations in this area and, for the past six years, has had a fully dedicated team of specialists in place to tackle this form of criminality.”

Rauschenbach added: “Operation Vertigo is an example of how working in close co-operation with EU Member States and partners such as Eurojust from the early stages of an investigation can achieve excellent results and operational successes. Europol will continue to offer its capabilities and full assistance to eradicate carousel fraud.”

Key information at a glance