Sadiq Khan, The Mayor of London, has announced plans to invest an additional £234 million in policing and tackling violent crime in the capital. This includes an extra £119 million from London’s business rates to support and protect policing numbers in future years from proposed Government changes to the rates system.

Keeping Londoners safe is the Mayor’s top priority and he’s investing record amounts in the Metropolitan Police Service in the face of “huge Government cuts” to policing. Ministers have already forced the Met to make £850 million of cuts, and the force still has to make cuts of £263 million by 2022-23.

Publishing his final Budget papers, the Mayor has confirmed that he intends to increase his share of council tax by an average of 50 pence per week from April (just below 9% overall). This is the maximum allowed by the Government and most of the proceeds will directly fund the Metropolitan Police Service. 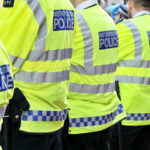 The additional investment announced is on top of the £95 million that the Mayor has previously committed in his Budget, mostly from council tax. The £95 million figure includes:

*£84.8 million for the Met raised almost entirely from an 11% increase to the Mayor’s council tax policing precept. This is the equivalent of 46 pence per week and will be split between a number of crime-fighting measures, including new police officers, specialist investigators to disrupt gang violence and new state-of-the-art equipment

*£6.8 million from council tax and business rates to fund the Mayor’s new Violence Reduction Unit as part of his public health approach towards tackling all forms of violence in the capital 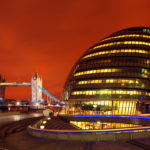 “I’m determined to do everything in my power to support the Metropolitan Police Service and tackle the complex causes of crime,” stated Khan. “The Government has forced the Met to make £850 million of cuts, resulting in officer numbers dropping to a dangerous 15-year low of less than 30,000. Despite warm words from ministers, they have repeatedly refused to reverse the huge cuts imposed on the Met and have instead shifted the burden of police funding on to the council tax payer, which we know hits the poorest hardest.”

Khan also observed: “The Government has clearly abdicated its responsibility to keep Londoners safe, leaving me to take the difficult decision to raise council tax and divert business rates for a second year in succession in order to invest in the police and our long-term public health approach.”

The draft document also takes into account the delay to the opening of Crossrail and that the Mayor has found additional funding to complete the project. Plans in place include:

*Pushing ahead with the Mayor’s ambitious proposals to make London a cleaner, safer, healthier city through investment to improve London’s streets and create better and more accessible public transport at the same time as continuing to freeze TfL fares

*Continuing to tackle London’s housing crisis by supporting thousands of new homes for social rent as part of City Hall’s commitment to start at least 116,000 new genuinely affordable homes by 2022

The Mayor’s final Budget is due to go before a meeting of the London Assembly on Monday 25 February.