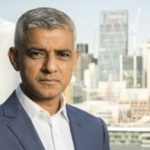 Sadiq Khan: The Mayor of London

Sadiq Khan, the Mayor of London, has committed to investing an additional £110 million into the Metropolitan Police Service across the next 12 months. This investment means City Hall is paying a greater percentage of the overall policing budget in the capital than ever before – up from 18% in 2010 to 23%, in fact.

This has led to the loss of a third of police staff posts, which are down from 14,330 to 9,985, as well as two-thirds of Police Community Support Officer posts. These are down from 4,607 to 1,591. In addition, there are now 114 fewer police station front counters and 120 less police buildings.

Khan has repeatedly warned that, with further savings still needed, the Metropolitan Police Service is running out of options and that police officer numbers in the capital could fall significantly below 30,000 before 2021 – a dangerous low which “presents a serious risk” to the safety of Londoners.

The Mayor’s Budget will include the following additional investment into the Metropolitan Police Service in 2018-2019:

*£49 million to be raised by a 5.1% Council Tax increase. This will be spent on combating knife crime, a 2% police pay increase and boosting police officer numbers

*This will lead to a £3.3 million annual saving in interest payments to be spent on improving support for those taken in by the police with mental health problems

*From 2019-2020, the Mayor of London will invest an additional £59 million on an annual basis to be raised predominantly from business rates income to support an extra 1,000 police officers than would otherwise be affordable by dint of using income raised from business rates

Khan commented: “These are challenging times, with Brexit posing a real threat to jobs and prosperity and the Government’s continued austerity programme damaging public services in our city. However, I’m convinced that this Budget will improve the lives of all Londoners and increase the opportunities available for our citizens to fulfil their potential.”

The Mayor continued: “The Government has repeatedly refused to act on the funding crisis facing police services across Britain. This leaves me with no choice but to take the unusual step of increasing police funding from London business rates as well as Council Tax. However, tackling rising crime will also require us to be tough on the causes of crime. That being the case, in this Budget I’ve created a new £45 million Young Londoners Fund to support education, sport and cultural activities for the next three years – including for the most disadvantaged and vulnerable young people.”