The Information Commissioner’s Office (ICO) has fined the London Borough of Newham £145,000 for disclosing the personal information of more than 200 people who featured on a police intelligence database. The database is known as the ‘Gangs Matrix’ and its purpose is to record information in respect of alleged gang members.

An ICO investigation found that, on 26 January 2017, a Newham Council employee sent an e-mail to 44 recipients that contained both redacted and unredacted versions of the Gangs Matrix. These had previously been sent to the council by the Metropolitan Police Service as part of its work with partners to tackle gang violence.

The 44 recipients included the council’s Youth Offending Team as well as external organisations (among them a voluntary agency) that work together to respond to gang-related crime.

As a result of the breach, information was shared relating to 203 people. This included dates of birth, home addresses and information on whether they were a prolific firearms offender or knife carrier, as well as their alleged associated gang.

The ICO investigation found that, between May and September 2017, rival gang members had obtained photographs of this information via the social media platform Snapchat. The Gangs Matrix featured in the photographs was the unredacted version that had been disclosed by Newham Council to partners in January 2017.

In 2017, the Borough of Newham experienced a number of incidents of serious gang violence. Victims of the violence included people who featured on the inappropriately shared Gangs Matrix.

It’s not possible to say whether there was a causal connection between any individual incidents of violence and the data breach. However, the ICO does highlight the significant harm and distress that can be caused when this type of sensitive personal information isn’t kept secure. 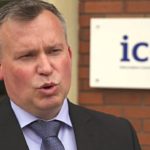 James Dipple-Johnstone, the deputy Information Commissioner, said: “We recognise there’s a national concern about violent gang crime and the importance of tackling it. We also recognise the challenges of public authorities in doing this. Appropriate sharing of information has its part to play in this challenge, but it must be done lawfully and safely. Our investigation concluded that it was unnecessary, unfair and excessive for Newham Borough Council to have shared the unredacted database with a large number of people and organisations when a redacted version was readily available. The risks associated with such a transfer of sensitive information should have been obvious.”

The investigation also found that Newham Council didn’t report the data breach to the ICO. While the council did conduct its own internal investigation, it didn’t start until December 2017, which was a significant time after it had become aware of the breach.

Additionally, the ICO found that the council did not have any specific sharing agreements, policy or guidance in place to determine how its own staff and partner organisations should handle and use the Gangs Matrix databases securely.

Dipple-Johnstone added: “This is a reminder for organisations handling and sharing sensitive information to make sure they have suitable processes, training and governance in place to ensure they meet their accountability obligations. Data protection is not a barrier for information sharing, but it needs to be compliant with the law. One of the ways in doing this is by conducting data protection assessments. We have a data sharing code which provides guidance on how to share data safely and proportionately. We’ll soon be publishing an updated code. Ultimately, personal information must be processed lawfully, fairly, proportionately and securely such that the community can have confidence its information is being used in an appropriate way.”

The investigation into Newham Borough Council was part of a wider inquiry into the use of the Gangs Matrix by the Metropolitan Police Service. The ICO issued an enforcement notice to the Met last November compelling changes to the Matrix so that it complies with data protection laws, including providing better arrangements for sharing the Matrix with partner agencies. A wider investigation into police use of Matrix-type databases continues.

Web security company High-Tech Bridge’s CEO Ilia Kolochenko has commented on the news. “Data protection by law enforcement agencies and their allies is a largely unaddressed topic,” observed Kolochenko. “Most law enforcement agencies don’t have adequate funding to ensure proper inventory, monitoring and protection of the extremely sensitive information they may possess. Often, their records can be used to hinder the investigation of street and cyber crimes, better profile victims or even unveil undercover police agents. Cyber criminals aware of the low-hanging fruit have now started deliberately targeting law enforcement systems and their suppliers. Worse still, most of the breaches are not publicly known due to scant detection and forensics capacities, let alone resilience and cyber deception that only large private organisations may afford in this day and age.”

Kolochenko added: “Frequently, and similarly to this leak, it’s pretty challenging to establish the chain causation, leaving the victims with no remedy at law. Moreover, in many countries, it’s the case that law enforcement agencies may be immune or otherwise protected even in the case of negligence and ensuing data leaks. We should urge Governments to allocate sufficient budgets to enable due privacy and data security of law enforcement offices before irreparable harm occurs.”