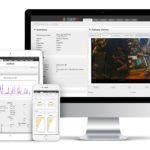 Lodge Service has launched Transpeye, a low-cost, cloud-based data mining system. The system enables retailers to identify avoidable losses in EPoS and other retail systems both quickly and easily, whether these result from fraud or non-compliance or as a result of staff failing to carry out data entry or other tasks correctly.

“Transpeye affords retailers the full protection of exception-based data analysis, verified by CCTV video, on a highly cost-effective footing,” explained Karl Jordan, director of Lodge Service. “They can pay just to protect a single till, system device or multiple stores as they choose. The system’s also easy to use. At any given time, the user is only three clicks away from identifying a potential threat, whether it’s within their EPoS, security or other in-store systems.”

Jordan went on to comment: “Current systems on the market are expensive. They demand lengthy staff training and have to be applied across the retailer’s network, requiring major integration with existing retail systems. Transpeye is much easier to set up.”

The launch follows a series of successful trials of Transpeye with retailers. One end user was able to identify and stop a series of thefts of cash by a staff member, which could have amounted to many thousands of pounds in losses if those thefts had continued undetected.

“Incidents of concern are often related to a ‘trigger’ event in the EPoS or other systems,” continued Jordan. “This includes occasions when goods are returned, a security alarm sounds or a fire door’s opened, for example. It may or may not be an innocent event. Transpeye eliminates the need to check every exception or alarmed event, which is a task that’s simply too time-consuming for busy retailers.”

Connection over the Internet

The software itself offers a simple, user-friendly dashboard interface. Retailers can set up alerts for the exceptions and events that they choose. Over 50 policy templates are available. If a rule is breached, the system automatically logs it and sends an alert, with a connection to the CCTV system to provide visual confirmation and evidence.

A dynamic dashboard on the user’s PC provides real-time status information on key system parameters. It generates scheduled reports in PDF format to support further investigation of an incident.

When an event occurs, the end user has full transaction data immediately available on-screen for review. This includes the type of policy violation, receipt data, a screenshot of till information fed into the system and CCTV video of the event, with playback controls as standard.

Transpeye’s operational system minimises the impact of data transfer overload in the retailer’s own network. It automatically retrieves and copies only relevant small video clips – typically of 30 to 60 seconds in duration – that are associated with each event.

Data security is a major system feature. Servers are hosted in the British Isles. No credit card data is recorded, transmitted or retained.