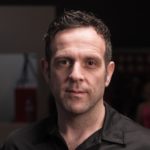 Linx International Group has revealed that, in the past 18 months, PerpetuityARC Training and Tavcom Training have supported more than 350 Armed Forces personnel in making the transition to ‘civvy street’ by dint of them studying on the companies’ security management and security systems-focused courses.

The announcement follows an article published by The House magazine on 7 November in which Defence Minister Tobias Ellwood was asked whether former soldiers’ employment prospects could be affected by current perceptions regarding their well-being. In response, Ellwood is quoted as saying: “Completely. You could have this attitude where an employer who’s not familiar with the Armed Forces may say: ‘Here are two people. One has served in the Armed Forces. Are they going to go doolally on me?’”

Ellwood quickly added: “We need to kill that attitude because it’s decidedly untrue and unhelpful. We’re doing a lot of work with employers themselves, with businesses and organisations such that they can see the value of that.”

Linx International Group is a preferred supplier to the Career Transition Partnership that has, to date, assisted over 235,000 service leavers.

Ciaran Barry, Group operations director at the Linx International Group (and who served in the British Army for ten years) stated: “Personnel leaving the Armed Forces have a rich and diverse experience and knowledge coupled with an exemplary work ethic that’s invaluable across every aspect of the security business sector. Through the provision of our classroom and online training courses, we’re enabling these men and women to obtain the skills and associated qualifications that make them highly attractive candidates for today’s employers.”

Barry added: “Given that we have recently commemorated the armistice, it’s important to reflect not only on admirable service given to the country both past and present, but also to recognise the immense contribution these people continue to make to society throughout their lives after their military careers have ended.”