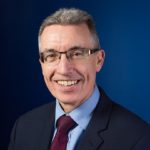 The Government must pursue a more ambitious customs agreement with the European Union (EU) than any yet proposed and work closely with industry to develop concrete proposals. That’s the view of Trade Association the ADS Group. Introducing new customs processes for trade with the EU could add an estimated £1.5 billion in annual costs to the UK’s security, defence, aerospace and space sectors represented by ADS – industries that collectively achieved £10 billion in exports to the EU last year.

In an in-depth report on options for future customs arrangements – entitled ‘Building Brexit: Priorities for a Future UK-EU Customs Arrangement’ – ADS makes five recommendations to the Government for trading arrangements in transition and after Brexit. These are as follows:

Examining the options for trade models proposed to date, the ADS report finds that leaving the EU on World Trade Organisation (WTO) terms with no deal would be the worst outcome for business, introducing costs and delays that could severely limit future trade.

ADS CEO Paul Everitt said: “Businesses who export from the UK to the EU and around the world are vital to our national prosperity. We need the Government and the EU to agree an ambitious deal that limits any future customs checks and allows free-flowing trade across UK and EU borders. Potential annual costs of £1.5 billion in our sectors from burdensome new customs processes would be a major concern to businesses and reduce our £10 billion per annum exports to EU nations. These new costs from delays and bureaucracy when we sell the products of our ingenuity to our customers overseas will harm the UK’s capacity to compete in international markets, as well as weaken the ability of industry to generate growth and jobs.”

Everitt continued: “Three-quarters of our members believe a transition deal is important to them, while fewer than half have IT systems in place that can manage new customs procedures. We need the Government to listen to industry, agree a deal that builds on light touch customs arrangements we already have in place and orchestrate a transition period that maintains our EU membership until such point in time that businesses are ready to make the necessary changes after Brexit.”

Options for future trading relationships between the UK and EU examined in detail by the ADS report include:

*leaving the EU on WTO terms – the worst and most expensive outcome for business, leaving exporters facing extensive border delays and costs. The principal benefits of WTO rules are to reduce tariffs, but major regulatory and transit barriers would be left in place

*a “highly streamlined” customs arrangement – proposed by the UK Government, this includes some favourable principles. However, exporters need agreements like the Common Transit Convention that reduce border checks, while regulatory compliance checks between the UK and EU would introduce delays and costs at the border

*a Customs Partnership model – a more ambitious model that seeks to completely avoid the need for a customs border between the UK and Europe. It offers some similar benefits to the existing EU Customs Union, but puts burdens on businesses to track components until they reach final customers and adds complexity in determining where tariffs should be applied

*a new UK-EU Customs Union – a comprehensive customs union agreement with the EU going further than Turkey’s agreement with the EU. This would allow UK businesses to benefit from minimal administrative burdens. It would limit the UK’s ability to negotiate free trade agreements (FTAs) independently, but research shows that the expected gains from UK FTAs with other countries are worth much less than lost benefits of the Customs Union