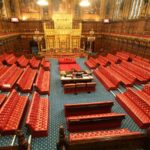 The House of Lords

The House of Lords could take a vital step towards a “fair and independent justice system” for UK troops by debating proposals to bring the three military police forces under the civilian system of police oversight. That’s the view of Human Rights champion Liberty.

An amendment to the Policing and Crime Bill, tabled by Liberal Democrat peers Baroness Jolly and Lord Paddick, would extend the remit of the Independent Police Complaints Commission (IPCC) to include oversight of military police forces – a move called for by Liberty, military families and many others for several years now.

Each branch of the Armed Forces has its own internal police force – the Royal Navy Police, the Royal Air Force Police and the Army’s Royal Military Police (RMP). Their powers are similar to those of civilian forces, including those of arrest, crime investigation, Stop and Search and the use of reasonable force, meaning they will at times inevitably be subject to complaints procedures.

However, while complaints against civilian police are handled by the IPCC, no such body exists for service forces – meaning those serving in the Armed Forces have no independent voice to turn to following an investigation.

The IPCC already oversees the Ministry of Defence Police as well as the National Crime Agency, the British Transport Police, Police and Crime Commissioners, the London Mayor’s Office for Policing and Crime and Her Majesty’s Revenue and Customs.

Liberty feels it’s in the best interests of victims, families, members of the public and the military police themselves that complaints are seen to be subject to genuine and independent scrutiny. Bringing the three service forces within the IPCC’s remit would save the expense of setting up a separate body, feels Liberty, and ensure trained and demonstrably independent staff.

Sara Ogilvie, policy officer for Liberty, said: “The Ministry of Defence cannot be allowed to keep up this toxic cycle, apologising for its failings only after grieving families have been forced to struggle for years and take legal action. Members of our Armed Forces and their families are just as deserving of justice as everyone else.”

Ogilvie concluded: “With one common sense change to this Bill, the Government could take a crucial step towards creating the military justice system members of our Armed Forces deserve – one that’s fair, independent and upholds their Human Rights.”

Liberty’s Military Justice campaign actively calls for the Government to protect and uphold the Human Rights of those serving in the UK’s Armed Forces by embedding fairness and independence at the very heart of the present military justice system.

In its first inspection of the Royal Military Police back in July last year, Her Majesty’s Inspectorate of Constabulary concluded there was “insufficient public scrutiny of RMP investigations” and recommended that: “The RMP should have arrangements in place to ensure its investigations are reported to the public and that some external independent body provides oversight of investigations into alleged RMP wrongdoing.”