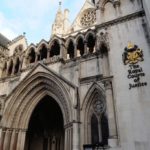 The High Court has granted Liberty permission to challenge part of the Government’s “extreme” mass surveillance regime with a judicial review of the Investigatory Powers Act. Liberty is challenging the mass collection of everybody’s communications data and Internet history, which it believes breaches British people’s rights.

The Act forces communications companies and Internet Service Providers to retain and hand over logs of everybody’s e-mails, phone calls, texts and entire web browsing history to state agencies to store, data-mine and profile “at will”.

In December, the European Court of Justice issued an historic judgement in a separate case brought by Tom Watson MP, who was represented by Liberty lawyers. It ruled that the same powers in the Data Retention and Investigatory Powers Act – the previous law governing UK State surveillance – were unlawful.

Now that permission has been granted, Liberty’s application for a costs capping order will be considered. If granted, the case will be listed for a full hearing in due course.

The challenge is being crowdfunded via CrowdJustice and has received widespread public support. In January, Liberty raised more than £50,000 from the public in less than a week, smashing its initial target of just £10,000.

More than 200,000 people signed a petition calling for the repeal of the Investigatory Powers Act after it became law late last year. The Act passed through Parliament in what Liberty terms “an atmosphere of shambolic political opposition” and “even though the Government failed to provide evidence that surveillance of everybody in the UK was lawful or necessary, and despite warnings from whistleblowers and experts that the new powers would make it more difficult for the Security Services to do their jobs effectively.”

Martha Spurrier, director of Liberty, said: “We’re delighted to have been granted permission to challenge this authoritarian surveillance regime. In recent months, it has become clearer than ever that this law isn’t fit for purpose. The Government doesn’t need to spy on the entire population in order to fight terrorism. All that does is undermine the very rights, freedoms and democracy terrorists seek to destroy. As increasingly frequent hacking attacks bring businesses and public bodies to their knees, our Government’s obsession with storing vast amounts of sensitive information about every single one of us looks dangerously irresponsible. If the Government truly wants to keep us safe and protect our cyber security then it urgently needs to face up to reality and focus on closely monitoring those who do pose a serious threat.”

The High Court has also allowed Liberty to seek permission to challenge three other parts of the Act once the Government publishes further Codes of Practice (or by March 2018 at the latest). These cover:

*Bulk and ‘thematic’ hacking: The Act allows the police and specific agencies to covertly access, control and alter electronic devices like computers, phones and tablets on an industrial scale, regardless of whether their owners are suspected of involvement in criminality, in turn leaving them vulnerable to further attacks by hackers

*Bulk interception and acquisition of communications content: The Act lets the State read texts, online instant messages and e-mails and listen-in on calls en masse without requiring any suspicion of criminal activity to do so

*Bulk personal datasets: The Act allows agencies to acquire and link vast databases held by the public or private sectors. These contain details on religion, ethnic origin, sexuality, political leanings and health problems, potentially on the entire population, and are “ripe for abuse and discrimination”