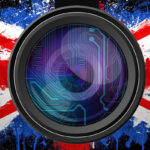 Liberty is launching a landmark legal challenge to the “extreme mass surveillance powers” outlined in the Government’s new Investigatory Powers Act which allows the state to monitor everybody’s web history and e-mail, text and phone records and hack computers, phones and tablets on what Liberty refers to as an “industrial scale”.

The civil liberties and Human Rights champion is seeking a High Court Judicial Review of the core bulk powers in the so-called ‘Snoopers’ Charter’ and calling on the public to help it take on the challenge by donating via crowdfunding platform CrowdJustice.

Martha Spurrier, director of Liberty, explained: “Last year, the Government exploited fear and distraction to quietly create the most extreme surveillance regime of any democracy in history. Hundreds of thousands of people have since called for this Act’s repeal because they see it for what it is – an unprecedented and unjustified assault on our freedoms. We hope anybody with an interest in defending our democracy, privacy, press freedom, fair trials, protest rights, free speech and the safety and cyber security of everyone here in the UK will support this crowdfunded challenge and make 2017 the year that we reclaim our rights.”

Late last year, the Investigatory Powers Act passed into law in what Liberty refers to as “an atmosphere of shambolic political opposition” despite the Government “failing to provide any evidence” that such indiscriminate powers were either lawful or necessary to prevent or detect crime. A petition calling for the Act’s repeal has since attracted more than 200,000 signatures.

Liberty will seek to challenge the lawfulness of the following powers, which it believes breach the public’s rights:

*Bulk hacking: the Act allows police and agencies to access, control and alter electronic devices like computers, phones and tablets on an industrial scale, regardless of whether their owners are suspected of involvement in crime, in turn leaving them vulnerable to further attack by hackers

*Bulk interception: the Act allows the state to read texts, online messages and e-mails and listen in on calls en masse without requiring suspicion of criminal activity

*Bulk acquisition of everybody’s communications data and Internet history: the Act forces communications companies and Internet Service Providers to hand over records of everybody’s e-mails, phone calls and texts and entire web browsing history to state agencies to store, data-mine and profile at its will. This provides a goldmine of valuable personal information for criminal hackers and foreign spies

*’Bulk personal datasets’: the Act lets agencies acquire and link vast databases held by the public or private sector containing details on religion, ethnic origin, sexuality, political leanings and health problems, potentially on the entire population, and which are “ripe for abuse and discrimination” 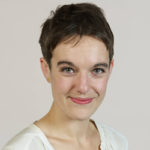 Liberty is launching this challenge a matter of weeks after a landmark ruling from the European Union (EU) Court of Justice (CJEU) rendered core parts of the Investigatory Powers Act effectively unlawful.

In a challenge to the Data Retention and Investigatory Powers Act (DRIPA) made by MP Tom Watson, represented by Liberty, the CJEU ruled that the UK Government was breaking the law by indiscriminately collecting and accessing the nation’s Internet activity and phone records.

DRIPA forced communications companies to store records of everybody’s e-mails, texts, phone calls and Internet communications and let hundreds of public bodies grant themselves access with no suspicion of serious crime or independent sign-off required in order for them to do so.

Judges ruled that the regime breaches British people’s rights because it allows indiscriminate retention of all communications data, doesn’t restrict access to the purpose of preventing and detecting precisely defined serious crime, lets police and public bodies authorise their own access instead of requiring prior authorisation by a court or an independent body, doesn’t require that people be notified after their data has been accessed and doesn’t require that the data be kept within the EU.

DRIPA expired at the end of 2016, but its powers are deemed by Liberty to be “replicated and vastly expanded” in the Investigatory Powers Act with “no effort to counter the lack of safeguards found unlawful” in the case.