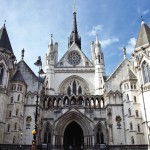 Campaigning organisation Liberty is battling for an outright ban on “intrusive and discriminatory” facial recognition technology after the High Court found its use by South Wales Police is currently lawful. Cardiff resident Ed Bridges, represented by Liberty, challenged South Wales Police at a judicial review in May. It was the world’s first legal challenge to police use of the mass surveillance tool. In a judgement, the High Court said facial recognition interferes with the privacy rights of everyone scanned by a camera and 500,000 people may have been scanned by South Wales Police.

The High Court found the current legal framework governing facial recognition to be adequate, but said that it would have to be subject to periodic review.

Liberty is campaigning for a ban on the “authoritarian” surveillance tool. The Human Rights organisation’s petition calling for the Government to act on this matter passed 5,000 signatures in less than a week.

Megan Goulding, Liberty’s lawyer, explained: “This disappointing judgement does not reflect the very serious threat that facial recognition poses to our rights and freedoms. Facial recognition is a highly intrusive surveillance technology that allows the police to monitor and track us all. It’s time the Government recognised the danger this dystopian technology presents to our democratic values and banned its use. Facial recognition has no place on our streets.”

Ed Bridges commented: “South Wales Police has been using facial recognition indiscriminately against thousands of innocent people without our knowledge or consent. This sinister technology undermines our privacy. I will continue to fight against its unlawful use to ensure that our rights are protected and we’re free from disproportionate Government surveillance.”

The High Court highlighted that facial recognition (as used by South Wales Police):

*Interferes with the privacy rights of everyone who’s scanned, whether or not they’re on a ‘watch list’ or if their data is stored

*Goes much further than taking a photograph as it involves processing people’s “unique” and “intrinsically private” biometric information, like fingerprints or DNA

*Is currently governed by a lawful framework, but this must be “subject to periodic review in the future”

*Involves the processing of sensitive, personal data of everyone who’s scanned, not just those on a ‘watch list’. The police must comply with safeguards in data protection legislation when processing everyone’s data

Ed Bridges will appeal the judgement, seeking a ruling that South Wales Police’s use of facial recognition is unlawful.

South Wales Police has been at the forefront of using facial recognition technology, and was funded by the Home Office to trial its use. It has used the technology in public spaces on over 60 occasions since May 2017, and the High Court pointed out that around 500,000 people’s faces may have been scanned so far, mostly ordinary people not suspected of any wrongdoing.

On behalf of Ed Bridges, who believes his face was scanned by the cameras twice, Liberty argued that South Wales Police’s use of facial recognition technology breached the right to privacy, data protection laws and anti-discrimination laws.

Facial recognition indiscriminately scans the faces of everyone within the camera’s range, capturing their highly sensitive biometric data without their consent – and often without their knowledge – and using that data to check their identity.

Liberty stated: “The technology is not only authoritarian, but it replicates discrimination seen elsewhere in UK policing. Facial recognition disproportionately misidentifies people of colour and women. Groups already subjected to intrusive surveillance are more likely to be stopped and questioned by the police.”

Jon Baines, data protection advisor at Mishcon de Reya, observed: “Although the High Court has resoundingly dismissed this claim against South Wales Police, it will not be the end to legal challenges to the developing use of live facial recognition systems. As the technology develops, so the potential for intrusive misuse increases. It’s important to note that police powers to use this sort of surveillance are much wider than the powers available to other organisations. Additionally, the Information Commissioner’s Office (ICO) continues to investigate the use of the technology and has enforcement powers which enable it to audit and fine those who misuse it.”

An ICO spokesperson said: “We will be reviewing the judgement carefully. We welcome the High Court’s finding that the police service’s use of live facial recognition systems involves the processing of sensitive personal data of members of the public, requiring compliance with the Data Protection Act 2018. This new and intrusive technology has the potential, if used without the right privacy safeguards, to undermine rather than enhance confidence in the police. Our investigation into the first police pilots of this technology has recently finished. We will now consider the High Court’s findings in finalising our recommendations and guidance to police forces about how to plan, authorise and deploy any future live facial recognition systems. In the meantime, any police forces or private organisations using these systems should be aware that existing data protection law and guidance still apply.”

Surveillance Camera Commissioner Tony Porter QPM LLB responded to the High Court’s judgement with a statement of his own issued on Wednesday 11 September. Porter stated: “I will consider the recent judgement regarding the use of Automatic Facial Recognition (AFR) by South Wales Police very carefully.”

He continued: “I was reassured to note the High Court’s recognition of the Surveillance Camera Code of Practice and Section 33 of the Protection of Freedoms Act 2012 as key elements of the legal framework for the use of AFR. I was further reassured by the acknowledgement that the guidance I’ve produced to assist chief officers in working within the principles of the Surveillance Camera Code of Practice is also a key element of the framework. I will revisit this guidance in light of the High Court’s observations.”

Importantly, Porter observed: “I would urge a degree of caution on the part of the police to regard the judgement as being a green light for the generic deployment of AFR. It’s an intrusive tool with Human Rights and public confidence implications which have to be considered. There is, however, a heightened sense of confidence that, in appropriate circumstances, such use will be lawful, but must be demonstrably conducted within the legal framework and demonstrate good governance and legitimacy of endeavour.”

Porter will continue to work with the police service and others to ensure that the guidance for the public, and indeed the police, is both up-to-date and relevant.