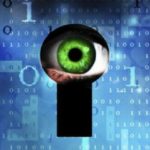 Civil freedoms champion Liberty has issued a landmark legal challenge against what it calls the Government’s “extreme mass surveillance” regime, thereby setting in motion a judicial review of the Investigatory Powers Act. The organisation is challenging the unprecedented ‘bulk’ surveillance powers contained in the Act, which allow the State to monitor everybody’s web history and e-mail, text and phone records as well as “hack computers, phones and tablets” on what Liberty terms “an industrial scale”.

The Human Rights campaigning organisation sent a formal letter before action to the Government on 20 December last year, but has still not received a substantive response. Liberty has now applied to the High Court for permission to proceed.

The challenge is being crowdfunded via CrowdJustice, and has received widespread public support. In January, Liberty raised more than £50,000 from the public in less than a week, smashing its initial target of just £10,000.

More than 200,000 people signed a petition calling for the Act’s repeal after it passed late last year.

Silkie Carlo, policy officer at Liberty, commented: “This is our first step towards getting rid of the most intrusive surveillance regime of any democracy in history. The powers we’re fighting undermine everything that’s core to our freedom and democracy: our right to protest, to express ourselves freely and to a fair trial, our free press and privacy. With so much public support behind us, we’re hopeful that we’ll be able to persuade our courts to restrain the more authoritarian tendencies of this Government.”

Liberty will argue that the following powers breach the British people’s rights:

*Bulk and ‘thematic’ hacking – the Act lets police and agencies access, control and alter electronic devices like computers, phones and tablets on an industrial scale, regardless of whether their owners are suspected of involvement in crime – leaving them vulnerable to further attack by hackers

*Bulk personal datasets – the Act allows agencies to acquire and link vast databases held by the public or private sector. These contain details on religion, ethnic origin, sexuality, political leanings and health problems, potentially on the entire population, and are “ripe for abuse and discrimination”

In December, the EU Court of Justice (CJEU) issued a historic judgement in a separate case brought by Tom Watson MP, represented by Liberty. It ruled that the UK Government is breaking the law by indiscriminately collecting the nation’s Internet activity and phone records and letting hundreds of public bodies grant themselves access to these personal details with no suspicion of serious crime and no independent sign-off, effectively rendering significant parts of the Investigatory Powers Act unlawful.