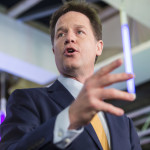 Nick Clegg – the Deputy Prime Minister within the coalition Government and leader of the Liberal Democrats – launched his party’s General Election Manifesto in London’s Battersea on Wednesday 15 April. As Brian Sims discovers, when it comes to their security and policing ‘blueprint’, the Lib Dems are focusing heavily on community sentences, jobs for offenders and general crime prevention issues with one eye also firmly fixed on scrapping Police and Crime Commissioners.

“Crime has fallen to an all-time low since the Liberal Democrats entered Government, but our work has only just begun. We are focusing on what works to cut crime, protect victims and save money. For too long, the other parties talked tough but made no difference. That’s because simply locking more people up in prison is expensive and will not cut crime.

“We will roll out this evidence-based, ‘what works’ approach across the whole criminal justice system. We will use community sentences better and tackle the long-term causes of crime, such as drug and alcohol addiction or mental health problems. When people report crimes, we will make sure the police service takes them seriously and takes action to catch the criminals.”

So begins the Crime section of the Liberal Democrats’ Manifesto for the 2015 General Election. In this section of the political party’s documented pledges to the electorate, the focus is very much on four distinct areas: community sentences, jobs for offenders, general crime prevention and a stated desire to scrap Police and Crime Commissioners.

Let’s take a look at each of these elements and evaluate what one half of the present coalition Government has planned should they sweep to victory on 7 May.

In a nutshell, community sentences are unpaid jobs for offenders and might involve anything from removing graffiti to clearing wasteland and decorating public buildings. Offenders work in their local area and are managed by a Community Payback supervisor.

Depending on the severity of their crime, offenders can expect to complete anything from 40 to 300 hours of Community Payback work.

Community sentences are said to be 8.3% more effective in reducing re-offending rates than short-term prison sentences.

“The Liberal Democrats believe that handing out challenging community sentences offers better outcomes for victims, society and the offender than short-term prison sentences. The average cost of a prison place is £35,000, whereas most community orders enforcing unpaid work or directly tackling problems such as accommodation or alcohol add up to around £3,000 per annum. Intensive drug treatment orders in the community cost an average of £8,600 each year.”

For those who commit non-violent and less serious offences, the Liberal Democrats state that community sentences are a cheaper and more effective way of stopping people re-offending.

“The Liberal Democrats want to see better outcomes in the criminal justice system,” continues the Manifesto, “with fewer victims and less damage done to society. That means aggressively tackling the factors that lie behind people re-offending. It also means making offenders take responsibility for their crimes and paying something back to the communities of which they are a part.”

Why are jobs for offenders deemed so necessary by Nick Clegg and his party colleagues?

“The Liberal Democrats are committed to reducing the number of people in prison by preventing crime, improving community sentences and reducing re-offending,” outlines the Manifesto. “The Liberal Democrats believe that prison will always be necessary for the most serious and dangerous offenders. Furthermore, when it’s necessary to send someone to prison, it’s not simply enough to deprive them of liberty. It’s important to challenge that individual’s behaviour, deal with any drug, alcohol and mental health problems and provide them with education, training and employment.”

So what works when it comes to reducing crime and criminality? The Manifesto states: “There’s a weight of evidence collected from around the world over the course of the last 30 years to suggest that some things do work with some people some of the time. Key features include identifying those offenders who are most likely to re-offend, assessing the reasons for their offending, implementing tried-and-tested programmes which impact on attitude, thinking and behaviour and helping offenders to change their situation through training, advice and guidance so that they are better able to deal with everyday problems, hold down a home, a job or a relationship and overcome problems associated with alcohol and/or drugs.” 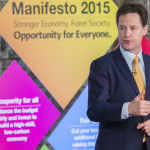 Put simply, The Liberal Democrats believe that there are too many people in prison. “Keeping offenders as close as possible to their homes, finding them jobs, dealing with drug, alcohol and mental health problems are vital if we are to help people break the pernicious cycle of re-offending.”

Nick Clegg and his colleagues firmly believe that providing support in the community, alongside the means to find employment, will afford offenders the best possible chance to live productive and law-abiding lives.

“We will work with third sector organisations,” continues the Manifesto, “who concentrate on assisting offenders prior to and for a substantial period of time after release. We will ensure that, as a minimum, the last few months of a custodial sentence are devoted to job-seeking, the securing of accommodation and the creation of the foundations for a law-abiding life post-release from prison.”

What is the Liberal Democrats’ policy when it comes to preventing crime? The party’s Manifesto document is quick to point out that, according to both the independent Crime Survey and police records, crime is down 10% under the coalition Government. However, there’s recognition around the need for “much more” work to be done in reducing crime and freeing people from fear.

“The best way to help victims,” states the party, “is to stop crime from happening in the first place, whether by designing out crime or by smart punishments that set offenders back on the straight and narrow. We will make sure the Number One job of the criminal justice system is to prevent crime by cutting re-offending.”

Potentially, at least, drug courts provide the opportunity for bespoke specialist intervention to tackle a specific problem. Participants are typically those addicted to drugs or alcohol and who’ve been charged with a non-violent, drug-related offence. Essentially, Judges work with treatment providers to establish a regime of sanctions and rewards while users are held to account by the Judge for their progress.

People with mental health and drug or alcohol problems, of course, often find themselves arrested by the police for disruptive behaviour and low-level criminal activity. That being the case, they present a significant cost to the criminal justice system which, as things stand, lacks the specialist facilities to tackle the root causes of their behaviour.

The Justice Select Committee has noted that violent crime – 44% of which is alcohol-related, by the way – costs Britain almost £30 billion every year, while drug-related crime costs £13.3 billion and crime committed by people with behavioural problems as children costs £60 billion. Not insignificant sums of money by any stretch of the imagination.

Police and Crime Commissioners (PCCs) are elected representatives designed to replace the old Police Authorities. They work to ensure that police forces are running effectively.

It’s estimated that the cost of the PCC elections was little short of £75 million, while the annual cost to the taxpayer of PCCs on the national scale tops the £50 million mark.

“The Liberal Democrats are in favour of the accountability of the police. We’re not convinced that the expense of PCCs and the concentration of power in the hands of one person is the way to achieve this goal. The Independent Police Commission, also known as the Stevens Commission, said the elected PCC model is “systemically flawed as a method of democratic governance”.” 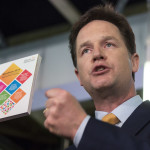 The Lib Dems point to the fact that, at just 15% on average, the turnout for the PCC elections was at a record low. A YouGov poll back in November 2013 showed that only 9% of those questioned thought PCCs had contributed to a fall in crime in their area.

“On the other hand,” states the Lib Dem Manifesto, “local councils understand the needs of the different communities they represent and are in a strong position to provide legitimate democratic oversight of the police service.”

In place of PCCs, then, the Liberal Democrats would wish to see new Police Boards. They will not be the same as the old Police Authorities, though. The new system of Police Boards would require each relevant upper tier authority in the given policing area to appoint their relevant lead councillor for Community Safety as a member, in turn ensuring the new body has a “clear and strong link” with grass roots crime prevention.

In addition, other members would be appointed such that there’s representation from the rehabilitation providers and clear political proportionality across the police area.

Further, each Police Board member would have a specific area of responsibility (for example, tackling domestic violence) and be expected to report back on that stated domain on a regular basis.