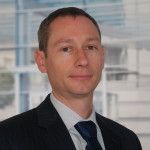 We all like to complain about vital services being lost just when we need them the most. The wrong kind of weather – extremes of hot and cold – can wreak havoc with the rail network, for example, while the road network can snarl up pretty quickly. Utilities – most noptably energy and telecoms – have more downtime than you might expect as interruptions are often local. As Matt Kingswood explains, the recent fire in Holborn, central London is a good case in point. The blaze wiped out telephone and Internet connections for local business across several days.

As you try to move from A to B or keep on working in this kind of scenario, you ask yourself: ‘Where are the back-up and recovery plans?’

What if your company is the one that fails to deliver as it should? Your own customers or internal sponsors and colleagues could well be asking the same question.

In these days of the ‘always on’ economy, expectations around fast response have reached new heights, but the reality is that many companies are not meeting everyday service needs, let alone being prepared for major problems.

The latest report from the Institute of Customer Service reveals that a majority of customers (62%, in fact) want a balance of price and service with at least a minimum service threshold level, but the overall level of trust in businesses has fallen in the past few years.

In a recent article on business-to-business selling, McKinsey notes that business buyers are becoming increasingly consumer-like in their behaviour and will prioritise suppliers whom they see with good reputations long before a salesperson knocks on their door.

Don’t let your reputation be damaged

If your business experiences a disaster scenario, rest assured your problems are likely to be out there on social media before you know it, and your subsequently damaged reputation could prevent you from bringing in new business.

Despite such a risk, the Federation of Small Businesses has recently found that three out of five (59%) of the small businesses questioned did not have a plan in place designed to deal with extreme weather conditions such as floods. The uncomfortable truth is that many smaller businesses are unprepared for business continuity, not only in the event of a disaster such as a fire but also to take care of day-to-day mishaps.

The word ‘disaster’ is relative. A malfunctioning application could prevent a field service engineer from ordering a key spare part. Perhaps your organisation could simply be unprepared for a sudden demand on bandwidth from people working remotely, with all that secure access to company networks entails.

Any downtime on core IT systems and lack of network access from anywhere can rapidly unravel workflows and damage your business’ reputation. Remember that the productivity and morale of your staff often depends on having reliable tools at hand to do their jobs to the best of their ability.

Aside from members of staff, of course, IT is the lifeblood of most modern organisations no matter what business sector they’re operating in. While it may be impossible to have a plan in place that keeps you operating fully during a major disaster, too many organisations do not have a day-to-day set of procedures that will help them cope with less demanding events such as a temporary server outage.

Business continuity planning helps you address the need for highly available systems while ensuring your employees are able to continue doing their jobs.

Conducting a business impact analysis will help you to map your organisation’s locations, identify key assets and operations and determine the critical processes and minimum resources you need to operate.

The planning process should prompt you to consider the following:

Do you have a solution for secure off-site data back-up?

Managed cloud storage with the ability to have a business back up-and-running on a swift basis is provided by services such as BlackCloud and BlackVault, both of which are now available in the UK

Will your organisation’s network and applications be available outside of normal office hours?

Does your organisation allow for network access from a range of devices, including people’s own smart phones and tablets?

The so-called Bring Your Own Device movement means that you can now be more flexible around remote working, provided that you address security requirements

Are your members of staff able to work remotely, whether from home or another office location?

Virtual secure networking is advisable for core systems such as accounts

Will you be able to conduct meetings on a remote basis?

Audio, video and web conferencing systems allow you to set up virtual meetings – a dial-in system for telephone calls could well be top of the wish list

How will your mobile staff, such as sales people, access the Internet while travelling?

There are many in-car and portable gadgets now available, such as those that set up an instant Wi-Fi hotspot for a group using a mobile phone network

What will you do if your Internet service goes down?

A sensible option is dual Internet provision. Having an alternative cable, DSL or mobile Internet service in the office to call on could be vital if the primary service isn’t available

Test your plan before it’s needed

For further advice on business continuity planning there are several international and British Standards and guidelines available, as well as many training courses.

If you think you already have a good plan in place, there’s one thing you should do now: test it before it’s needed. Less than a third of organisations have tested their plans in the last year, notes the Business Continuity Institute, but putting your plan to the test can help identify problems you may never have imagined.

Accountancy firm Alliotts had to evacuate 70 staff during the recent Holborn fire scenario. The company had already moved its computer servers off-site so, after the fire, was able to keep on working by deploying staff to another office or to their homes to work through a remote login system.

However, Alliotts also found that some staff were locked out of their homes because they’d left their keys in the evacuated office. Had this issue been encountered during a test, the company could have encouraged employees not to leave their house keys at the office.

Although Alliotts weathered its minor storm, that’s not the case for all organisations. Consider those companies without any plans in place. Many would be on a steep learning curve with regard to recovery in such situations.

It’s not always possible to predict when a disaster scenario will happen so the best thing to do is plan for incidents now. If key services go down when you – or your customers – need them the most, how will you respond?

Matt Kingswood is Head of Managed Services at IT Specialists (ITS)

Engaging with the A&E Community

Best Practice in Security Training and Assessment: What should it look like?