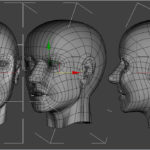 As the use of Automated Facial Recognition (AFR) technology continues to energise public debate, a leading cyber law academic has called for an independent review of how the UK implements CCTV analytics technology – and believes that this course of action is the only way forward if such technology is to be used legitimately to tackle crime and terrorism without alienating the public.

Andrew Charlesworth, Professor of Law, Innovation and Society at the University of Bristol, points out that the law is lagging well behind developments in surveillance technologies such as AFR, which is already deployed in some areas of the UK and currently the subject of two court cases.

In a White Paper commissioned by Cloudview, Charlesworth highlights the recently published Home Office Biometrics Strategy (2018) as an example of the Government’s reluctance to grasp the regulatory nettle and provide a detailed strategy. The document has been criticised by regulators and campaigning groups alike and, believes Charlesworth, has served to create a policy void in which campaigning groups are driving the debate in a primarily negative direction.

Charlesworth suggests technology is both the problem and the solution. Citing research which highlights that market forces, social norms and technology architecture can all be used alongside the law as part of an effective regulatory strategy, he says that ‘architecture’ offers a crucial and effective way in which to regulate CCTV analytics. In other words, technology companies could hard-wire the desired regulatory outcome into the CCTV systems themselves.

“The issue with the use of facial recognition technology is the systems which underlie it, such as police databases,” Charlesworth explained. “We need to design the actual technology so that it controls the flow of data and how that data is both stored and deleted. This should be reliable, transparent and in full compliance with data protection legislation, because images are just another form of personal data. In my opinion, this is crucial if analytic technologies are to be accepted by the public as legitimate security tools which will help to keep them safe without breaching their Human Rights.”

Sledgehammer to crack a nut 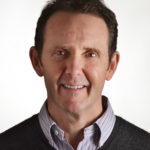 James Wickes, CEO and co-founder of cloud-based visual surveillance specialist Cloudview, responded: “Right now, we are seeing case after case of biometric technology being used as the proverbial sledgehammer to crack a nut. The Government is too timid to say that biometrics is a positive thing if used in the right way, and so the debate is being brought to the public’s attention by campaign groups who, for obvious reasons, are not looking to present the full picture. The public is rightly reluctant to hand over its digital data. The solution is not to ban the technology, but rather to ensure that it’s used properly. This means limiting usage to where it’s genuinely needed, and then having effective processes in place, such as privacy impact assessments, which are designed into the technology and properly tested such that our democratic freedoms and Human Rights are not abused.”

The White Paper from Charlesworth makes a series of recommendations for a more constructive approach. These include ensuring that existing general legal regulation is effectively overseen and enforced, with personal image data treated in the same way as other personal data, and taking an holistic view of CCTV and CCTV analytics’ use to ensure that proposed regulation is flexible enough to encourage innovation, while also being capable of practical implementation and, where necessary, enforcement.

A further recommendation centres on considering positive uses for the technology to find a balance between benefits and risks, while at the same time encouraging users to self-regulate through appropriate technology architectures.

*Copies of the White Paper entitled ‘CCTV, Data Analytics and Privacy: The Baby and the Bathwater’ can be downloaded here