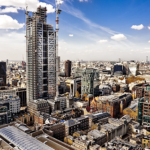 Financial fraud losses of £366.4 million in the first half of 2017 were 8% lower year-on-year, figures from UK Finance have revealed. The data, which covers payment cards, remote banking and cheques, also highlights that the industry prevented over £750 million of fraud during the same period (or 67% of attempted fraud). This compares with £400.4 million of losses and £678.7 million of prevented fraud in the first half of 2016.

Fraudsters are increasingly trying to use customers’ compromised personal and financial information to carry out fraud. Details are primarily stolen through online attacks, such as data hacks and malware, as well as through impersonation scams directly targeting customers.

The new data comes as the banking industry and Government join forces to launch the next phase of Take Five to Stop Fraud – the national campaign that offers advice to help customers protect themselves from fraud. Launching on Monday 2 October, the next phase of the campaign is specifically focused on helping customers to recognise scams and confidently challenge any requests for their personal or financial details by remembering the phrase ‘My money? My info? I don’t think so’.

The industry helped to prevent over £500 million in attempted card fraud. Actual fraud losses on cards were down 11% on the same period the year before to £287.3 million. Card spending increased by 8.4% year-on-year across the six-month period, meaning that card fraud as a proportion of spending equates to 7.5 pence for every £100 spent, which is down from 8.7 pence in the first half of 2016. It peaked in February 2002 when it was 18.9 pence per £100.

£160.2 million of remote banking fraud was prevented. Remote banking fraud totalled £73.8 million, representing a 3% rise from £71.5 million in 2016. This covers criminals gaining access to an Internet, phone or mobile banking account with a view to making an unauthorised transaction.

£88.8 million of cheque fraud was prevented. Cheque fraud losses fell to £5.3 million. That’s a 28% drop on the same period in 2016. This is, in point of fact, the lowest half-year total on record.

There were 937,518 cases of financial fraud. This is a figure that has remained flat compared with the year before.

Commander Dave Clark of the City of London Police, the national policing lead for fraud, said: “These figures from UK Finance illustrate the positive impact that partnerships between industry and policing can have on fighting fraud. There’s still much to do, particularly in relation to identify theft and the crimes it enables. Stolen identities can be used to apply for fake bank accounts and credit or may be used to establish criminal websites. Criminals are smart and use many techniques to access our personal data. Once they have it, they use it for criminal activity that, ultimately, can decimate lives. We urge everyone to check what data is publicly available about themselves and be extremely careful with what they post on social media.”

Katy Worobec, head of fraud and financial crime prevention, cyber and data sharing at UK Finance, added:
“Tackling fraud is a top priority for the entire industry, but financial fraud isn’t just an issue for the banking sector. Its harmful effects stretch far and wide. This is why, when it comes to prevention, protection or deterrents, the industry is committed to adopting a collaborative approach in order to curb these crimes and is launching the latest Take Five consumer campaign. Whether it’s banks refining their own security systems or a retailer holding customer data securely, everyone has a part to play.”

The Take Five to Stop Fraud campaign is backed by financial providers across the industry. The campaign encourages everyone to question uninvited approaches and never give out personal or financial details. Over the coming months, customers can expect to see and hear Take Five’s mantra of ‘My money? My info? I don’t think so’ across a wide range of media including radio and online.

Tony Blake, senior fraud prevention officer at the Dedicated Card and Payment Crime Unit (the industry-sponsored specialist police unit) stated: “Fraudsters will do all they can to appear like the real deal, so always be on your guard for any calls, texts or e-mails out of the blue asking for your details. The fraudsters may even be able to quote some basic information about you. Stop and think before you give away any information and, if you’re even the slightest bit unsure, then hang up and don’t reply. Instead, contact the organisation directly on a number you trust, such as the one listed on their official website.”