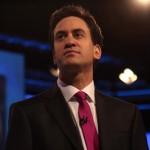 Ed Miliband: Leader of the Opposition

Plans for policing, justice reform, tackling the extremist threat, national defence and security, the Armed Forces and cyber security are all covered in some detail within the Labour Party’s 84-page 2015 General Election Manifesto. Brian Sims reviews the main points to note for the readers of Risk UK.

“Crime creates fear and insecurity. We can only live happy and fulfilled lives if we know that we’re safe and that we’re not at risk of violation of our person or property. For too many people in our country, that’s not the reality they see in their communities. Neighbourhood policing, the vital building block of British policing, is at risk of being destroyed. Anti-social behaviour is too often tolerated rather than dealt with. Violent crimes have gone up, but fewer violent criminals are being caught.”

That’s how the Safer Communities segment of the Labour Party’s 2015 General Election Manifesto begins. Opposition leader Ed Miliband and Co believe that British policing is at its best when rooted in local communities and pro-actively preventing crime rather than “simply reacting to emergencies”. If the Labour Party was to win the General Election on Thursday 7 May, there’s a stated intention to protect neighbourhood policing.

“By making different choices – to abolish Police and Crime Commissioners, end the subsidy of firearms licenses and mandate police forces to work closer together – we will be able to safeguard over 10,000 police officer roles for the next three years. This will be backed up by a new statutory Local Policing Commitment, guaranteeing neighbourhood policing in every community. We will strengthen community safety partnerships to give local people a role in setting priorities for neighbourhood policing and a say over the appointment of local police commanders.”

That’s not all. To raise standards within policing, the Labour Party wants to see all police officers required to become Chartered Officers, holding a registration with the College of Policing and able to be ‘struck off’ for proven serious misconduct (as is the case for doctors and lawyers, for example).

Under a Labour Government, a new Police Standards Authority would replace the present Independent Police Complaints Commission. “We will work with the police service to improve ethnic minority recruitment such that forces better reflect the communities they serve.”

The next part of Labour’s plan centres on preventing crime occurring in the first place.

“We will nip anti-social behaviour in the bud by making offenders put right the wrong they have done, with payback orders replacing low-level cautions. We will ensure staff who work with the public are given greater protection, with tougher penalties for those who assault them. The last Labour Government’s reforms of youth justice, which required agencies to collaborate in preventing youth offending, reduced both youth crime and the numbers of young people in prison. The next Labour Government will extend this model, piloting a new approach to 18 to 20-year-old offenders, incentivising local authorities, police and probation services to work together in identifying those at risk of drifting into criminal activity and, where possible, diverting them towards a more constructive way of life.”

A Labour Government would also work towards embedding restorative justice right across the youth justice system. “We know drug addiction continues to be a major cause of crime. We will ensure drug treatment services focus on the root causes of addiction, with proper integration between health, police and local authorities in the commissioning of treatment. We will also ban the sale and distribution of dangerous psychoactive substances, the so-called ‘legal highs’.”

In terms of the Criminal Justice System, the Labour Party states a need for prisons that both punish and rehabilitate people. “Labour will do more to increase the amount of time prisoners spend working and learning,” outlines its General Election Manifesto. “Prisons will be measured by how successful they are in terms of reforming prisoners and reducing their re-offending. We will also raise professional standards among prison officers, including through the creation of Chartered Prison Officers, and confront the neglected problem of staff corruption. We will also enact Britain’s first Victims’ Law to give the victims of crime a voice and an entitlement to minimum standards of service from the criminal justice agencies.”

Tackling the threat from extremism

The threat emanating from Islamist extremism is increasing. Hundreds of British citizens have joined the Islamic State – a movement, comments the Labour Party, that has “engaged in savage violence and racial and religious hatred”.

“With Labour, the Security Services will have the powers they need to disrupt and tackle terrorism. The Government was wrong to weaken counter-terror powers by scrapping Control Orders. With Labour, dangerous suspects will be subject to proper controls.”

Under a Labour Government, then, we’re told that “every Government department will be engaged in the work of preventing extremism and fighting terrorism. We will implement a much more rigorous strategy for dealing with people returning from the Syrian conflict. Alongside appropriate police action and prosecution, it will be mandatory for anyone returning to engage in a de-radicalisation programme designed to confront them with the consequences of their actions.”

Interestingly, the Labour Manifesto continues: “We will need to update our investigative laws to keep up with changing technology, strengthening both the powers available and the safeguards that protect people’s privacy. This is why Labour argued for an independent review, currently being undertaken by David Anderson QC. We will strengthen the oversight of our intelligence agencies to make sure members of the public can continue to have confidence in the vital work that they do to keep us safe.”

In terms of defeating the threats posed by Islamist terrorism, the Labour Party believes that we must also engage with the “personal, cultural and wider factors” that turn young people towards extremism.

“The Prevent programme was set up under the last Labour Government to stop young people from becoming radicalised. This Government has cut the funding and narrowed its focus. Much of the work to engage Muslim communities has been lost. We will overhaul the programme to involve communities in countering extremist propaganda, stopping young people from being groomed, and also build resilient institutions for social integration. We will take a zero tolerance approach to hate crime. We will also challenge prejudice before it grows, whether in schools, universities or on social media.”

Security on the national and global scale

It’s fair to say that we are indeed living in turbulent times. The rise of ISIL, an aggressive Russia threatening its neighbours in eastern Europe and continuing economic uncertainty across and within the Eurozone all present a different kind of challenge to our national security.

“Labour is an internationalist party and believes Britain must engage with the global challenges we face, but not try and solve them on our own. We believe the Conservatives are damaging the interests of our country by turning their backs on Europe and isolating us abroad. We will strengthen our national security, stand up for Human Rights and work with other countries to tackle terrorism.”

The Labour Manifesto comments: “Britain has a unique influence in the world. We are the only country that’s a member of the UN Security Council, NATO, the G7, the G20, the Commonwealth and the EU. With Labour, Britain’s response to threats to our security will be based on enduring principles. We will protect our national interests and strengthen our long-standing international alliances, in particular our membership of NATO and the European Union. We will advance our international engagement rather than retreating into isolation. We will maintain the best Armed Forces in the world, capable of responding to changing threats in an unpredictable security landscape. We will support Human Rights, always putting individual freedom and democracy at the heart of our foreign policy.”

If Labour did win power on 7 May, one of its first acts in Government would be to conduct “a wide-ranging review of Britain’s place in the world” and “how we can best uphold our values and the national interest”.

Defence and the Armed Forces

The Labour Party is committed to ensuring the UK has “responsive, high-tech Armed Forces” with the capability to respond to emerging, interconnected threats in what is now an unpredictable security landscape.

“We will conduct a Strategic Defence and Security Review in the first year of Government,” outlines the Labour Party’s Manifesto, “with an inclusive national debate on the security and defence challenges facing the country. It will be fiscally responsible and strategically driven, focusing on the obstacles that impede our Armed Forces from effective response to threats.”

The Manifesto goes on to mention the UK defence and security industry as “a key contributor to our economy”. Indeed it is, with a turnover in the region of £22 billion per annum. “We will work to secure defence jobs across the UK, protect the supply chain and support industry to grow Britain’s defence exports. In partnership with industry, we will put accountability, value for money, interoperability and sustainability at the centre of defence procurement.”

There’s also mention of the cyber threat. “Britain needs to be prepared to counter the threat of cyber attacks. We’ve already called on the Government to require every company working with the Ministry of Defence, regardless of its size or the scale of its work, to sign up to a Cyber Security Charter. This would reduce the risk of hackers using small suppliers to break into the systems of major defence companies or the MoD itself.”

The Labour Party will also consult on creating a statutory requirement for all private companies to report serious cyber attacks threatening the UK’s Critical National Infrastructure.