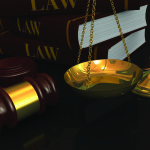 On Thursday 28 January 2016, Kevin Jones and Karl Francis of KSS Keyholding Ltd pleaded guilty to providing unlicensed security officers at a school in Shrewsbury and were duly sentenced at Shrewsbury Magistrates Court.

The Security Industry Authority (SIA) and West Mercia Police carried out an inspection at the school in October 2014. Two security officers were found to be working on the premises without a licence. This is a Section 3 offence under the Private Security Industry Act 2001. The officers concerned were formally interviewed and also received police cautions.

Shrewsbury Magistrates Court heard that, as a manager at KSS Keyholding Ltd, Kevin Jones was liable for deploying unlicensed security officers. This is an offence under Section 5 of the Private Security Industry Act 2001.

For the exact same reasons, Karl Francis was also charged with a Section 5 offence under the Private Security Industry Act 2001.

Similarly, the company itself was prosecuted for providing security officers without a licence (an offence under Section 5 of the Private Security Industry Act 2001).

As director of KSS Keyholding Ltd, Francis was also liable for his involvement or neglect in supplying an unlicensed individual under Section 23 of the Private Security Industry Act 2001.

SIA investigations manager Nathan Salmon informed Risk UK: “KSS Keyholding Ltd and director Karl Francis supplied unlicensed security operatives, neglecting to ensure that only those who were correctly licensed and able to work with the industry did so. Mr Francis has several years’ experience in the security industry and was fully aware of his obligation to ensure that his members of staff held SIA licences, and that they’d been trained and vetted. Kevin Jones was similarly experienced in his role as supervisor for the company. All have been convicted for supplying security officers without a licence.”

Salmon added: “Unlicensed security officers were working at a school premises when children were present. It’s significant to note that the charges relate to only one night of offending, and that the sentences determined by the court reflect the level of negligence displayed as being unacceptable. We welcome these convictions.”

It was heard that Mark Pursglove Security Limited, a company offering security guarding and door supervision services, had provided an unlicensed security officer at a construction site near Porthmadog between April and August 2014.

Peter Smith was employed by Mark Pursglove Security Limited to undertake licensable activity at the site, but didn’t hold an SIA licence for doing so. The SIA became aware of Smith’s employment at the site and requested information from Mark Pursglove in September 2014.

In response, Pursglove provided a falsified staff rota which excluded the fact that Smith had worked on at least 40 shifts between April and August 2014. Instead, this falsified rota showed Simon Lane as working these shifts in his place. That’s deemed an offence under Section 22 of the Private Security Industry Act 2001.

Lane was also asked to provide information on his employment history with Mark Pursglove Security Limited, but failed to do so. This is an offence under Section 19 of the Private Security Industry Act 2001.

Smith was then asked about his role at Mark Pursglove Security Limited, but stated that he wasn’t a security officer despite undertaking licensable activity. This amounted to giving false information which is an offence under Section 22 of the Private Security Industry Act 2001.

Commenting on Mark Pursglove, District Judge Gwyn Jones stated: “You have been involved in the security industry for a number of years now, and are aware of your obligations. Compliance should have been better dealt with. You failed to be open with the SIA.”

Speaking about the case, the SIA’s investigations manager Nathan Salmon explained: “This prosecution was brought because Pursglove was fully aware of the requirements around licensing and that these defendants sought to conceal their offending. Since the offending took place, they’ve frustrated the investigation and sought to extend legal proceedings. I welcome their guilty pleas, albeit that those pleas are late.”

Salmon concluded: “These convictions have serious consequences for their future involvement in the private security industry. Licence revocations will now take place and, for Mr Pursglove in particular, this will impact his business. As the District Judge commented, Pursglove and his business are essentially one and the same. Mr Pursglove will not now be able to continue in his role as director of the company.”