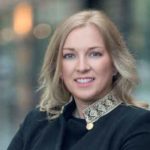 Mitie Group plc, the UK’s largest FM company, has appointed Jo Davis as Group Human Resources (HR) director. Based in London, Davis will join the Group in January next year from itsu, the healthy eating retail chain, where she served as Group HR director. At itsu, Davis led the HR team that was awarded ‘HR Team of the Year’ at this year’s CIPD People Management Awards. Davis also played a pivotal role in positioning the company as ‘one to watch’ in The Sunday Times’ coveted Best Companies survey.

Prior to joining itsu, Davis held several senior HR roles at Sainsbury’s including HR director of Netto, its discount retailer, and head of people and operations for Asia, based in Shanghai. Before joining Sainsbury’s, Davis worked in the financial services sector at both Santander and Kleinwort Benson.

Commenting on Davis’ appointment, Phil Bentley (CEO of Mitie Group) explained to Risk UK: “I’m delighted Jo will be joining Mitie in January. Jo has tremendous energy and drive, and will add a fresh voice and valuable transformational experience to the business. I’m determined that Mitie is recognised as a ‘Great Place to Work’ and Jo’s appointment is a key step forward in achieving that ambition.”

On her new role, Davis said: “With over 53,000 employees in locations throughout the UK, Mitie is a true people business. I’m very excited to be joining the company at what is a key time in its development, and I’m very much looking forward to leading the Human Resources team and making Mitie a truly great company to work for.”

Mitie Group plc is a FTSE 250 business providing a wide range of FM and professional services, among them project management, compliance, risk assessment and security solutions.