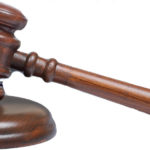 Last December at Teesside Crown Court, jailed security director Christopher Catchpole was ordered to pay back proceeds of crime amounting to £63,628. Catchpole, formerly of Pro-Lock Security Limited based in Durham, had previously been sentenced to 32 months in prison at Teesside Crown Court in June 2017. He was convicted of money laundering, supplying an unlicensed security operative and acting as the director of a security company without benefit of a Security Industry Authority (SIA) licence.

The Judge gave Catchpole three months to pay. He faces an extra nine months in prison if he fails to produce the money, which will be raised by the sale of property belonging to Catchpole and his wife.

Dave Humphries, the SIA’s director of partnerships and interventions, stated: “The successful results of this prosecution will reassure the public that we will continue to work with the police to ensure compliance with the law. It’s important that Christopher Catchpole was pursued under Proceeds of Crime legislation to recover the benefits he gleaned from his actions.”

The successful conclusion of the case was the result of a lengthy investigation involving the SIA and the North East Regional Asset Recovery Team (RART). The North East RART used its powers under the Private Security Industry Act 2001 to obtain information relating to the conduct of Catchpole and his security business. In support, the SIA investigation team provided evidence to court that Catchpole’s activities had deprived legitimate security companies of £1.1 million of business.

Detective Sergeant Thomas Maughan from the North East RART said: “We’re very pleased with the outcome, which involved fantastic partnership work between ourselves, the North East Regional Special Operations Unit, Her Majesty’s Revenue & Customs, the SIA and the Crown Prosecution Service. Christopher Catchpole’s company, Pro-Lock Security Limited, has traded illegally from the outset. Although Catchpole’s companies received more than £1 million since 2013, his illegal trading started years before. He requested an SIA licence application, but never applied. He has shown a complete disregard for SIA licensing which exists to keep such people out of the private security business sector such that members of the public are not put at risk.”

Catchpole is also subject to a Serious Crime Prevention Order which will come into effect once he’s released from prison. The order includes a condition that he must not have a role in any business relating to security.