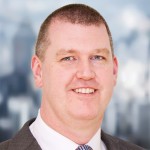 Given the exacting demands often placed upon those resident in security and risk management roles it can sometimes be difficult to leave the office behind for a few hours and attend a conference or an industry event. However, as Andy Williams explains, security professionals should always make every effort to find time for all-important networking with their peers.

Recently, while looking through some old family photographs, I found one of myself aged around three and wearing my father’s police tunic and helmet.

My parents tell me it was around this time I began to tell anybody and everybody who would listen that I was going to be a police officer just as soon as I was old enough!

Like most young boys, I also dabbled with the idea of flying rockets or driving racing cars for a living. Ultimately, my first choice prevailed and, many years later, the young Andy Williams found himself heading for training school and what he felt certain would be a 30-year career in the police service.

There’s an old saying that you never know what’s around the corner. Less than six years later – in April 1995, to be exact – I was unemployed in the wake of an injury sustained while on duty. At that point I began to wonder if it was too late to apply for a post at NASA.

To my absolute horror, not only did NASA not want me but several British organisations also failed to realise that I was the obvious choice for their respective head of security vacancies. Picture the scenario. Me… Andy Williams… An experienced young ex-police constable, highly educated with 10 O Levels – at least two of which were ‘ologies’ – and yet these companies didn’t want me as their security supremo.

Clearly, something was radically wrong. Either all of these organisations had woefully misjudged my application forms or there were serious delusions of grandeur on my part.

Laurie – one of my very close and considerably wiser friends who had also left the police service prematurely a few years before – then offered me an important piece of advice. It’s one that has stayed with me for nigh on 20 years. Laurie turned to me and said: “Andy… If you want to get on, you’ve got to get known.”

Soon after our chat, Laurie arranged an informal meeting in a local bar with five of his contacts from across the security business sector. He’d also helped me to piece together a decent Curriculum Vitae (CV) and I gave each of those present a few copies.

Not only had I never met any of these individuals before, but I really didn’t have a clue about what their respective roles in the security world entailed. However, within 48 hours of that meeting I’d been contacted by each and every one of them, updating me on how many copies of my CV they’d managed to distribute to their networks and promising to help in any way they could. I’m delighted to say that I remain great friends with several of them.

Within a week I had my first interview and was offered a brilliant job as a contract security manager with the task of directing security services for two major London teaching hospitals operational under one of the NHS Trusts. A much bigger job than I thought I was qualified for and, as such, this was necessarily a really steep learning curve.

Fortunately, both my new employer – Bill Farrow at First Security (Guards) – and the client (namely Barry Clarke of the NHS Trust) who had jointly interviewed me had obviously seen something in me and placed their faith in my abilities to manage this important security contract. Already, the ‘Power of the Network’ had started to become very clear indeed.

Soon after commencing this role within the healthcare sector, I had reason to make contact with the (then) head of security at Great Ormond Street Hospital. We immediately formed a professional rapport and he in turn introduced me to the National Association for Healthcare Security (NAHS), a group that I joined pretty much immediately and which helped me enormously with the day-to-day issues involved in providing top security for a hospital – a subject in which the NAHS’ members are experienced and well-versed.

A year or so later I was contacted in relation to an in-house NHS security management vacancy at Guy’s & St Thomas’ NHS Foundation Trust in London. I successfully applied for this role. Among other things, it’s one in which I was tasked with overseeing the day-to-day responsibilities for the security guarding contract. As you might expect, it wasn’t long before I was breaking bread with many security guarding company representatives, particularly so at the point when we decided to put the guarding contract out to tender. Strange that!

Winding the clock a few months further forward to May 1997, the Labour Party won the General Election and embarked on one of its manifesto commitments to reduce the number of non-clinical managers operating within the NHS. I was one of those non-clinical managers and, in September 1997, once again found myself staring in hope at job advertisements.

Remembering Laurie’s wise words, I immediately contacted my now substantially enlarged professional network, including those individuals working in the security guarding arena, and asked them to keep their eyes and ears open for me. Within a fortnight I received two comparative offers for roles within guarding companies.

From that day in October 1997 until the early stages of the following year, I really didn’t look back. Successive opportunities for promotion came my way and, via a number of employer changes, I ended up in the well-paid senior role that I’d thought I would be able to walk straight into some 13 years earlier.

Looking back, with only one exception, every promotion that I earned in that period was as a direct result of networking with peers and competitors. I had ‘become known’.

Alas, in May 2008 the communication that all of us dread dropped through my letterbox informing me that I was at risk of redundancy. The process that followed resulted once again in me being deemed ‘surplus to requirements’.

Being a naturally confident chap with a tidy redundancy payment in the bank and not knowing the full extent of the economic collapse that was taking place around and about me, I fully expected something to turn up quite quickly so didn’t immediately worry about the job hunting process. A big mistake. When I finally reached out to my network a couple of months later the job cupboard was mostly bare.

Eventually, I was offered two great roles but rejected them both based on the salaries offered, still believing something better remunerated was just around the corner.

In July 2008, I found myself at Wood Street Police Station in the City of London for my good friend Brett Lovegrove’s retirement ‘do’ and received several promises of eyes and ears being kept wide open for job opportunities.

Among those promises was one from Mark Hanna, then head of security at Nomura International but who confided he may be moving on and that, if I was interested in taking over his role, then he would happily nominate me as a potential candidate for interview when the time arrived. Most grateful but not holding my breath as I hadn’t worked in a corporate role before, I continued looking for other positions in the contract security space.

Then, in early 2009, the telephone rang. It was Mark. True to his word, he had kept his promise and duly confirmed that he’d given my details – along with those of a number of other candidates – to the recruitment team at Nomura International. A few weeks and several interviews later I was selected for the job at Nomura, a corporate role that I never believed I would ever be offered.

I’m really fortunate that, as an employer, Nomura International understands the benefits of networking, both from the corporate and individual perspectives, and has allowed and encouraged me to play active pro bono roles for and within several prominent security organisations. Among them are ASIS International’s UK Chapter 208, The Security Institute, The Worshipful Company of Security Professionals and TINYg.

Each of these organisations offers different benefits to its members, but with the common features of networking, education, personal development and, it must be said, friendship. All have considerably benefited me in my day job and enabled me to repay some of that benefit by advising and assisting others.

In closing, there’s absolutely no doubt in my mind… If it hadn’t been for that first meeting with Laurie’s contacts, I would still be badgering NASA to this day.