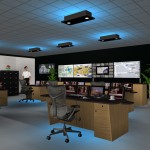 The technology partnership established between ISM and Wavestore has resulted in the successful integration of the latter’s video management software (VMS) with ISM’s Genesys2 PSIM Control Room software.

ISM’s award-winning VMS and the patented Genesys2 Physical Security Information Management (PSIM) software offer a scalable solution for small single sites right up to multi-sited projects irrespective of their location. Genesys2’s ability to integrate products from multiple manufacturers into one holistic platform is enhanced when working alongside Wavestore’s VMS, which is able to deliver video and audio data from any combination of analogue, IP, megapixel, HD, HD-SDI and 360-degree cameras and alarm data via sensors.

A key benefit of the level of integration achieved between the respective manufacturers’ solutions is that pre- and post-event scenarios can immediately be displayed on an integrated video wall (pictured) and provide Control Room operators with instant access to real-time events.

On that basis, security is therefore enhanced as operators can visually detect and readily pinpoint security breaches across multiple sites.

“The interaction possible between our VMS and the Genesys2 software provides systems integrators with an opportunity to capitalise on the projected growth in demand for integrated security management systems by harnessing the benefits that can be achieved from recent advances in IP network-based video surveillance technology,” explained Wavestore director Chris Williams.

“With Wavestore and ISM working in harmony, end users can take advantage of the benefits of deploying a PSIM platform to create a highly efficient Control Room environment. In turn, this will allow them to effectively monitor and control all systems within their security infrastructure and, when necessary, manage an effective response to any incident all from a single screen.“

The company is fully committed to an open platform philosophy. This enables it to integrate and work closely with camera manufacturers and other third party technology partners in offering comprehensive security solutions which can include video analytics, access control, command and control, PSIM, motion detection, license plate recognition, abandoned object and intruder detection, people counting and perimeter security detection in addition to traffic monitoring systems. 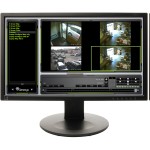 The ISM-Wavestore collaboration brings together VMS and PSIM solutions

Wavestore’s VMS is ONVIF Profile S-conformant. Profile S describes the common functionalities shared by ONVIF-conformant VMS and devices that send, configure, request or control the streaming of media data over an IP network. It includes specific features such as PTZ control, audio streaming and relay outputs.

The expertise of its hardware and software development teams ensures that Wavestore is able to quickly react to rapidly changing market demands. Indeed, many of the features incorporated within Wavestore V5 have been introduced as a direct result of listening and responding to customers’ requirements.

Some of these features (like de-warping software, for example) are unique to Wavestore. Such software facilitates the recording and display of the fish-eye images typically captured by 180 and 360-degree panoramic cameras.

Developed on the Linux operating system, Wavestore’s DVRs, NVRs and HVRs are rugged, reliable and straightforward to install, configure and operate.

Wavestore’s systems are easily expandable and upgradable as and when a client’s requirements change, while the company’s powerful SDK and metadata capability enables integrated security solutions to be developed and facilitate a rapid response for end users to any dynamic events.