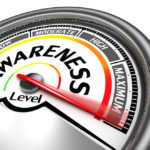 Industry Qualifications (IQ) has been collaborating with Global Reach Security Training to create a bespoke qualification in working as an emergency response officer.

Indeed, following on from recent terror attacks and alerts across the globe, one million people who work in crowded areas in the UK are now to receive terror response training.

The initiative has been announced by the National Police Chiefs’ Council and will extend existing schemes. For its part, Project Griffin was initially set up to train managers and security officers to deal with security and counter-terrorism issues.

IQ has been working with Global Reach Security Training on developing a customised qualification in line with these current needs. The IQ Level 3 Award – ‘Introduction to Working as an Emergency Response Officer’ – is designed to develop learners’ knowledge and competence in acting as the first response in a variety of emergency situations such as facility failures, major domestic incidents, shootings and terrorist threats so that they will be able to function better in these scenarios and, importantly, assist others (including members of the Emergency Services).

It’s designed to enable the learner to respond to incidents, co-ordinate others and provide information to the relevant Emergency Services or authorities in order for them to more effectively resolve the incident or emergency. Areas duly covered by the Level 3 Award encompass empowerment of the individual, enhancing the capabilities of teams, developing an awareness of surroundings, responding to incidents and reassuring clients, managers and members of the public alike.

‘Introduction to Working as an Emergency Response Officer’ is aimed primarily at individuals working in the security business sector, most notably security personnel who already possess a valid Security Industry Authority licence and are Project Griffin awareness-trained, but who also intend to be up-skilled with those attributes suitable for the specific environment in which they work.

Rob Tolton, director at Global Reach Security Training, explained to Risk UK: “The Level 3 Award is also relevant to other customer-facing personnel who’ve attended the Project Griffin awareness course, such as reception staff, cleaners, maintenance and facility workers within organisations catering for large gatherings of members of the public or who are based at other places of mass population such as shopping centres, theatres, restaurants, arenas, train stations, office complexes, airports, ports and bar districts within busy town centres.”