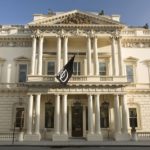 Two-thirds of company directors believe that a new code of conduct is needed for large private firms following recent scandals, including the collapse of BHS, which highlighted the potential damage that can occur if these businesses fail. The Institute of Directors (IoD), which represents 34,000 directors, surveyed members in preparation for its submission to the Government’s consultation on corporate governance*.

The IoD wrote in its submission that there needs to be “greater focus on the governance of unlisted companies” because “in some cases, privately-held firms… are not governed in the way that the public expect and employees deserve.” There’s already a code – overseen by the Financial Reporting Council – for companies listed on the stock market. This code is predominately designed to protect shareholders, but the IoD believes not all of the requirements are relevant for private companies.

In 2010, the IoD published guidance for unlisted companies based on 14 good governance principles, including that all directors should regularly update the skills needed and that no one individual should have unchecked decision-making powers. The Institute suggests the Government could follow a similar approach for an officially-supported private company code. Ministers would need to undertake further consultation on the size of company which would be suitable for the new code, and who would oversee compliance, the IoD has said.

Within its submission to Government, the IoD also stated that there’s “too little transparency around executive pay” at the UK’s largest listed companies, which “has resulted in widespread scepticism and loss of public confidence.” Long-Term Incentive Plans (LTIPs) now account for a large proportion of top CEO pay, but the IoD argues they are not long-term enough, and should be extended from three to five years.

Boards should be more flexible, the Institute added, and evaluate whether executive pay schemes fit the situation, rather than just following standard practice among listed companies.

A majority (52%) of business leaders expressed the opinion that staff engagement would be best improved by requiring one director to represent workers’ views in Board meetings. In contrast, nearly four-in-ten (37%) thought compelling companies to appoint an employee representative to the Board would diminish the quality of corporate governance, while the same proportion (39%) felt it would make no difference.

Appetite in the business community

Stephen Martin, director general of the IoD, said: “Corporate governance standards in the UK are some of the highest in the world, with many countries having imitated our Corporate Governance Code. The governance of private companies, however, is still mostly a mystery. For small companies, any new reporting requirements would be excessive, but there’s a real appetite in the business community for a new code aimed at large private firms. A private code would have to be less prescriptive than the one for listed corporations, based on broad governance principles rather than a lot of tick-box compliance. If they get this right, the Government could really help to make Boardrooms more transparent and improve the functioning of these companies.”

Martin added: “The IoD has warned for some time now that executive pay at the UK’s biggest companies is posing a threat to the reputation of all businesses. Indeed, we’ve called on Boards to simplify and moderate pay. The year’s AGM season will be a big test for the FTSE. If Boards don’t get out in front of shareholder and public anger, they will only push politicians closer to regulating. Simplifying executive pay schemes, which are often too complex for investors to understand, and extending payouts over longer periods would help to restore confidence that remuneration is truly linked to performance.”

Regardless of company size or type, the IoD believes that all directors should continually seek to update their skills. Last year, the Institute released a competency framework for directors, covering everything from knowledge of finance and business strategy through to the ability to encourage diverse views, political astuteness and decision-making in the face of uncertainty.

*The IoD received responses from 845 members in December 2016