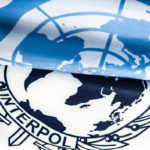 United Nations (UN) Member States have adopted a major resolution by consensus which is specifically designed to further enhance collaboration between the UN and Interpol against transnational crime and terrorism.

The resolution debated during the 71st session of the UN General Assembly calls for the strengthening of co-operation between the UN and Interpol in tackling terrorism, including preventing foreign terrorist fighter travel and combating all forms of transnational crime.

Addressing the UN General Assembly, Interpol’s Secretary General Jürgen Stock said: “The resolution marks an important step forward in our journeys. We move closer to supporting our vision of a safer world for the member countries of Interpol and, indeed, the Member States of the UN.”

Stock continued: “Co-operation between the UN and Interpol in these crime areas is key to help bring about global peace and stability and achieve our common goals. It’s to support the related efforts of law enforcement agencies in Interpol’s 190 member countries that we seek to advance our joint collaboration. International police co-operation looks forward to Interpol’s continued co-operation with all relevant agencies of the United Nations system.”

Addressing the threat of terrorism, Secretary General Stock said on the sidelines of the meeting: “Dangerous gaps still remain in global screening efforts on foreign terrorist fighters, including against Interpol’s databases, while information sharing remains too fragmented at a time when we need to empower police on the front lines. The concern is what these fighters will do with the skills they acquired in battle and the networks which facilitated their recruitment when they leave conflict zones and return home.”

Enabling the exchange of police information across borders lies at the very core of Interpol’s mandate.

In this respect, the resolution further encourages increased co-operation between the UN and Interpol in order to assist countries in effectively using Interpol’s policing capabilities that are readily available through its Interpol National Central Bureaus.

Interpol harbours well-developed policing capabilities to assist its membership. These include a secure global communications network, storage and access to police information in databases and a long-established notices system for raising global alerts on individuals, events or criminal modus operandi.

The organisation also serves as a platform for the provision of capacity building, analytical support and 24/7 assistance to police and law enforcement agencies worldwide.

Interpol and the UN enjoy a long-standing working relationship. Across the years, these two organisations have collaborated on many projects and initiatives to fight international crime and terrorism. Interpol became a permanent observer at the UN in 1997. In 2004, as a natural step forward in mutual co-operation, Interpol established its office of the Special Representative to the United Nations in New York.