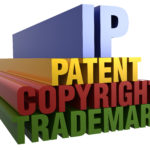 Through its Trafficking in Illicit Goods programme, Interpol has already supported police services in its member countries in recovering hundreds of millions of dollars’ worth of counterfeit and illicitly-traded products while at the same time dismantling the organised crime networks behind these activities.

Most recently, Operation Opson V (conducted between November 2015 and February this year) saw more than 10,000 tonnes and one million litres of hazardous fake food and drink respectively seized as part of strategic operations conducted across 57 countries.

In May, the International IP Crime Investigators College (IIPCIC) – an Interpol training initiative orchestrated in partnership with the Underwriters Laboratories (UL) – will launch a new online training series developed in close co-operation with the World Customs Organisation.

The modules aim to provide law enforcement personnel around the world – and customs officers in particular – with the knowledge they need to detect and interdict illicit goods crossing international borders.

The IIPCIC is mandated to provide training on transnational organised intellectual property crime to law enforcement worldwide. Currently, there are more than 10,000 enrolled users from some 145 countries.

Counterfeiting and piracy are serious IP crimes which defraud customers, threaten the health of consumers, cost society billions of dollars in lost Government revenues, foreign investments and business profits and violate the rights of trademark, patent and copyright owners alike.

The ‘Trade in Counterfeit and Pirated Goods: Mapping the Economic Impact’ report published earlier this month by the Organisation for Economic Co-operation and Development (OECD) and the European Union’s Intellectual Property Office assessed the value of imported fake goods worldwide at no less than US$461 billion in 2013, compared with total imports in world trade of US$17.9 trillion.

Uniting the efforts of the public and private sectors in developing Best Practice and joint initiatives in tackling these crimes, Interpol will co-host the 10th International Law Enforcement IP Crime Conference with the City of London Police (and in partnership with UL) in central London on Monday 19 and Tuesday 20 September.

Detective Chief Inspector Peter Ratcliffe, the head of PIPCU, has embarked on a five-day tour of China to address officials from the Chinese Government, law enforcement agencies, academia and the business sector about the work of PIPCU in tackling intellectual property crime. Ratcliffe is conducting the visit alongside Dr Ros Lynch, the director of copyright and enforcement at the UK’s Intellectual Property Office.

During a series of visits, DCI Ratcliffe will be talking about the scale and seriousness of IP crime within the UK and how PIPCU is using innovative law enforcement techniques and tactics to catch those responsible. He’ll also be demonstrating how PIPCU routinely works with other international law enforcement agencies and partners in order to disrupt and detect criminals operating across international boundaries.

DCI Peter Ratcliffe informed Risk UK: “This is a landmark visit for PIPCU given that China and the Asia Pacific region trade huge amount of goods to Europe and the UK. This visit will help us to exchange intellectual property expertise, strengthen relationships with our Chinese counterparts and increase PIPCU’s capability in terms of tackling and disrupting those looking to sell fake goods in the UK.”

This visit follows on from an announcement made by Indian authorities in December last year that they’re now in the process of setting up a dedicated IP Crime Unit based on the PIPCU model. The scheduled creation of the new unit to be located in Telangana is supported by dedicated PIPCU officers who are offering their advice and expertise to their Indian counterparts.

DCI Ratcliffe continued: “World Intellectual Property Day reminds us all that this is a global issue, while our visits to Asia demonstrate the growing global reputation of PIPCU as a world leader in the fight against intellectual property crime. Extending our global reach connects us to colleagues across the world and provides us with the international capability necessary to disrupt such criminality at the earliest opportunity.”

PIPCU was launched in September 2013 with funding from the UK’s Intellectual Property Office and is responsible for investigating over £33.8 million of intellectual property crime. This figure is based on the self-reported value of such crime when an organisation makes a referral that the PIPCU accepts for investigation.