Installation and maintenance “crucial” to CCTV’s effectiveness states the BSIA 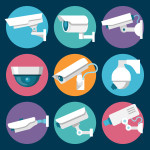 CCTV is once again the fulcrum of a major industry debate

The British Security Industry Association (BSIA) has responded to forthright comments made by UK Surveillance Camera Commissioner Tony Porter QPM LLB about the effectiveness of CCTV cameras in England and Wales.

In an interview on BBC Radio 5 Live, Porter reinforced the value that quality installation and maintenance can deliver to CCTV system operators in the public sector, citing the widespread problem of ineffective cameras.

“There’s a local authority in the West Midlands that has completed a review of cameras within its jurisdiction and was able to reduce the cameras that were ineffective and useless to the tune of a quarter of a million,” stated Porter. “If that situation can be extrapolated across the country I think we can actually still maintain the balance of excellent surveillance but not have a promulgation of CCTV that is actually useless.”

Responding to Porter’s pronouncements, Simon Adcock (chairman of the BSIA’s CCTV Section and managing director at ATEC Security) commented: “The effectiveness of CCTV and its value as a crime-solving tool does indeed rely upon proper installation, maintenance and operation. Factors such as lighting, weather and image quality can all impact a given system’s effectiveness and, as such, regular checks and maintenance are essentials. When deployed appropriately, CCTV can deliver crucial evidence in the fight against crime and provide valuable support to both the police service and local authorities.” 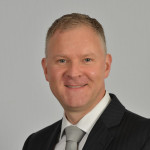 Adcock went on to state: “It’s important to note, however, that only 1-in-70 of the UK’s cameras are owned and operated by local authorities. The majority of video evidence emanates from privately-owned systems, which rather dispels the myth of Britain’s ‘surveillance culture’ while at the same time demonstrating the indirect contribution that many UK businesses are making to public safety.”

As the Trade Association representing a substantial cohort of the UK’s CCTV manufacturers, the BSIA works closely with the UK Surveillance Camera Commissioner to raise standards and promote Best Practice in the manufacture and installation of CCTV systems.

“The BSIA welcomed the publication of the Surveillance Camera Commissioner’s Code of Practice,” insisted Adcock, “and continues to support innovation in the sector. We also provide valuable education to end users in both the public and private sectors that helps ensure they choose the right CCTV systems and deploy them in such a way that they genuinely deliver optimum results.”

Speaking on BBC Radio 4’s ‘You and Yours’* programme, Adcock reinforced the importance of the Code of Practice in terms of promoting CCTV quality and Best Practice, also succinctly making a strong case for its extension to include privately-owned surveillance systems.

Pauline Norstrom, current chairman of the BSIA and chief operating officer at the AD Group, supports that view.

“Public and private sector organisations often co-operate with great effectiveness,” explained Norstrom. “Many serious crimes, such as the dreadful murder committed by Pavlo Lapshyn in Birmingham in 2013, probably wouldn’t have been solved had it not been for CCTV evidence from private and public operators. CCTV most certainly has a key role to play in law enforcement, but this is an important point many forget or erroneously discount.” 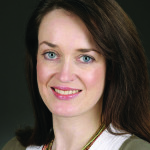 Norstrom continued: “CCTV can be highly effective in protecting members of the public and businesses from crime and myriad other risks. However, surveillance systems need to be implemented correctly and the cameras must be of sufficient quality such that they can and do act as a deterrent. New technology is currently bringing the changes that will see CCTV deliver even greater effectiveness and returns.”

In conclusion, the BSIA’s chairman opined: “CCTV is there to help protect members of the public, property and company employees from risks, threats and criminality. We have to ensure this message is heard because without CCTV we are a far less secure society.”

As an organisation that represents the professional security industry, the BSIA fervently hopes that this latest debate about CCTV’s effectiveness will further the commitment of all stakeholders towards improving the overall professionalism and quality of the surveillance industry and the systems installed.

*Simon Adcock’s participation on BBC Radio 4’s ‘You and Yours’ programme can be accessed via BBC iPlayer and occurs 07:25 minutes into the broadcast: http://www.bbc.co.uk/programmes/b006qps9/episodes/player

SSAIB first to gain accreditation against BS 102000 for Investigative Services