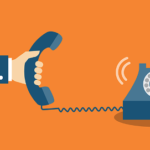 A Hampshire business that made 22 million nuisance calls has been fined £270,000 by the Information Commissioner’s Office (ICO). An ICO investigation traced the automated calls to Basingstoke-based Road Accident Consult, trading as Media Tactics.

Automated marketing calls, which play a recorded message, can only be made to individuals who have specifically agreed to receive such calls. During its investigations, the ICO discovered that Media Tactics didn’t have the necessary permission and this was against the law. The recorded messages related to a variety of subjects including PPI, personal injury claims and debt management.

Steve Eckersley, the ICO’s head of enforcement, said: “These 22 million pre-recorded calls will have left many people feeling frustrated. Some found them alarming and distressing. We heard from one complainant who found the calls depressing and another who was too frightened to answer any calls at all.”

The ICO’s investigation was sparked by 182 complaints made to the ICO’s online reporting tool.

Media Tactics told the ICO’s enforcement team that it had bought data from other firms and believed the people on the lists had consented to being contacted. The phone numbers were sourced from a range of websites including discount and prize draw sites, pay day loans and insurance brokers and an electronic cigarette seller.

People agreed to their details being shared with “third parties whose offers we think might interest you”.

However, the ICO found that the privacy notices on the websites were generic and unspecific. Some included long lists of general categories of organisations to whom the data would be disclosed including astrology, debt collection, fashion and leisure, legal services and general marketing.

As a result, the ICO found that consents obtained were not adequate.

Eckersley continued: “Media Tactics fell short of the mark when it treated consent as an administrative box-ticking exercise. Proper consent gives consumers control over how their information is used. The people targeted by Media Tactics were not given that control. From next May, a new data protection law will afford individuals even stronger rights around consent, in turn giving them genuine choice and control over how their data will be used.”

In addition to the £270,000 fine, one of the highest the ICO has issued for nuisance calls, Media Tactics has also been given a legal notice compelling the business to stop making unlawful calls. Failure to comply with this notice could result in court action.

The ICO has published detailed guidance for firms carrying out direct marketing by phone, text, e-mail, post or fax.