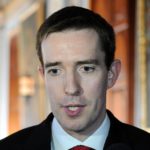 The Information Commissioner’s Office (ICO) has appointed a new Deputy Commissioner (Policy). Rob Luke will join the organisation on Monday 30 January. He was previously British High Commissioner to Malta, and has also served overseas in Brazil and Paris as well as in policy roles at the Foreign & Commonwealth Office in central London.

Speaking about the appointment, Information Commissioner Elizabeth Denham said: “This is a time of change for information rights, but it’s also an exciting time. The new EU General Data Protection Regulation brings an opportunity to look at how we all do things afresh, and the ICO will be at the forefront of that process, helping organisations to improve how they comply with the law.”

Denham continued: “Rob will be a key part of that work. We’ll be drawing heavily on his leadership skills, and he’ll be central to our work on evolving the ICO to make sure we stay relevant, both to members of the public and the organisations we regulate. The digital world is a smaller world. The ICO will be taking an internationalist approach, continuing and growing our work with regulators around the world. Rob’s experience will be invaluable here, and I very much look forward to working with him.”

For his part, Rob Luke stated: “I’m delighted to be joining the ICO. The information rights landscape is evolving rapidly, and I look forward to working as part of the ICO’s team in anticipating and shaping that change in the public’s interest, engaging closely with our numerous stakeholders.”

Luke was educated at St George’s School in Harpenden and then at St Catharine’s College, Cambridge. He joined the British Diplomatic Service in 2000 after working for the UK’s Millennium Commission. Luke served initially at the Foreign & Commonwealth Office in London, working on the Middle East Peace Process.

In 2002, he was seconded to the Brazilian Diplomatic Institute before serving for three years as political and press officer at the British Embassy in Brasilia. He returned to the Foreign & Commonwealth Office in 2005 as head of the war crimes section in the International Organisations Department.

In 2008, Luke was seconded to the French Immigration Ministry and then served for four years as Counsellor for Justice and Home Affairs at the British Embassy in Paris.

Come 2012, he was appointed British High Commissioner to Malta, a position that he held until this year.