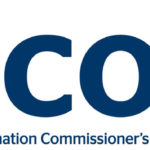 The Information Commissioner’s Office (ICO) has announced two senior appointments to help strengthen its strategic work in regulating the use of data. Paul Arnold has been appointed to the role of Deputy CEO, while James Dipple-Johnstone joins the ICO as Deputy Commissioner (Operations).

Arnold joined the ICO back in 1998 and has held a number of senior leadership positions, most recently holding responsibility for customer services, IT and information governance.

Information Commissioner Elizabeth Denham said: “Given the breadth of Paul’s experience at the ICO, his outstanding service focus and excellent leadership credentials, I’m delighted that he’s now taking on the role of Deputy CEO. I’ve found him to be incredibly hard working and capable, as well as committed to the ICO, and I look forward to working with Paul in the years to come.”

Expected to join the ICO in June, James Dipple-Johnstone is currently the Director of Investigation and Supervision at the Solicitors Regulatory Authority (SRA), where he leads the teams assessing and investigating the circa 12,000 reports it receives each year.

Dipple-Johnstone was previously Director of Investigations at the Office of the Parliamentary and Health Service Ombudsman where he headed the specialist unit carrying out investigations into health service cases.

Commenting on Dipple-Johnstone’s appointment, Elizabeth Denham stated: “I’m delighted that James will be bringing his wealth of knowledge and experience in public sector regulation to the ICO, and I’m confident he will prove to be a great asset to our team. These key appointments will strengthen the ICO’s ability to meet the many and varied challenges we’ll face in the months and years to come.”

The ICO upholds information rights in the public interest, promoting openness by public bodies and data privacy for individuals.

The organisation has specific responsibilities set out in the Data Protection Act 1998, the Freedom of Information Act 2000, the Environmental Information Regulations 2004 and the Privacy and Electronic Communications Regulations 2003.

The European Union’s (EU) General Data Protection Regulation (GDPR) is a new law that will replace the Data Protection Act 1998 and apply in the UK from 25 May 2018. The Government has confirmed that the UK’s decision to leave the EU will not affect the commencement of the GDPR.

The ICO can take action to change the behaviour of organisations and individuals that collect, use and keep personal information. This includes criminal prosecution, non-criminal enforcement and audit.

The ICO has the power to impose a monetary penalty on a data controller of up to £500,000.

Equifax Survey: “Almost one third of Brits risk ID theft by sharing too much information online”