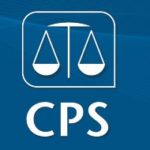 The Special Crime and Counter-Terrorism Division (SCCTD) of the Crown Prosecution Service (CPS) has been recognised in an independent inspection report for its strong leadership and governance. Inspectors from Her Majesty’s Crown Prosecution Service Inspectorate (HMCPSI) have reported that there has been effective engagement with staff, strong aspects of leadership and sound financial management.

The inspectors also note good visibility of senior leaders and that good performance is recognised right across the SCCTD. The inspection itself examined governance, leadership and management, but did not interrogate casework quality in any way.

Jenny Hopkins, head of the CPS’ SCCTD, stated: “I’m really pleased that the report recognises the strong leadership and governance in the Division. We prosecute some of the most sensitive and high-profile cases that come before the courts so it’s encouraging to have the management of the Division recognised. I want to thank our members of staff for their hard work and professionalism. I believe the work we do alongside the police and others has made communities safer and that work will continue.”

The SCCTD consists of three units specialising in different areas of law: Counter-Terrorism, Special Crime and Appeals. The Counter-Terrorism Unit deals with cases including terrorism, racial and religious incitement and war crimes. The Special Crime Unit focuses on cases including deaths in custody, disasters, corporate and medical manslaughter, election offences and assisted suicide. The Appeals Unit looks at the conduct of appeal cases, including cases in the Supreme Court to which the CPS is a party and has conduct of Victims Right to Review cases.

The HMCPSI report also finds that the SCCTD:

Division held in high regard

The HMCPSI report comes hot on the heels of another positive inspection report in the CPS’ International Justice and Organised Crime Division published on Tuesday 29 January. The HMCPSI found that Division (which leads on major drugs and arms trafficking offences) is held in high regard by both internal and external stakeholders alike.

The report recognises the Division’s specialist casework knowledge, information and tools and highlights that knowledge management and sharing across the CPS can be improved. The Inspectorate also asserts that more can be done to improve risk management and performance management.

Nick Price, head of the International Justice and Organised Crime Division, said: “We welcome the Inspectorate’s report and are delighted with the positive findings, particularly so in relation to our staff engagement, which is better than the CPS’ overall average, and the high quality of our stakeholder partnerships. We recognise the importance of improving the processes in our management of risks and performance and we’re confident that our Action Plan will enable us to deliver improvements on these important aspects of our work over the coming months.”

Jason Putman, area business manager, added: “While our recent Staff Survey saw an improved staff engagement score, we recognise that we must do more to address the concerns within our International team to eradicate any instances of discrimination, bullying and harassment which are completely unacceptable. While steps have already been taken to deal with this, it remains a top priority for the senior management team going forward.”

The Importance of Business Risk to the Enterprise