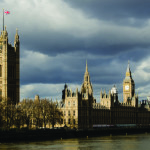 A “rushed, chaotic and opaque process combined with serious official error has undermined confidence”. That’s according to a report published by the Home Affairs Committee entitled: ‘Reform of the Police Funding Formula’.

The Home Affairs Committee states that, during the pause in the Home Office’s review of the police funding formula, an independent panel of accounting firms, financial experts and the College of Policing should be appointed to assist the department in formulating revised proposals.

The review process was paused after Home Office officials “made serious errors” in calculating the funding allocations for police force areas. These errors resulted in forces who had been advised that they would be “winners” under the new funding allocation finding they are in fact facing cuts (and vice versa).

The Home Affairs Committee considers the error at the Home Office sufficiently serious to name the official involved, and calls upon the Permanent Secretary to update the Select group of politicians by Christmas on the outcome of the review into this incident and what disciplinary action will be taken where serious errors are found to have been made.

The Committee says the Home Office needs to recognise the full range of drivers re: demands on policing, including:

*new and emerging crimes such as cyber crime and radicalisation

*counter-terrorism resources (particularly important post-Paris, but this is not just a Metropolitan Police Service issue – all forces must contribute) 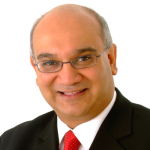 The Committee does not support the idea of private sector funding through sponsorship, or local communities ‘crowdfunding’ extra police officers for their areas, not least because of the disadvantage to poorer communities this would create

By its own admission, the Home Office set an “extremely challenging” implementation date for the new funding formula, and as far as the Committee’s concerned failed to set out the envisaged transitional arrangements to the new formula which could have reassured police forces.

According to the Home Affairs Committee, Chancellor George Osborne’s “clear and clinical announcement” to the House about future police funding is in stark contrast to the way in which the Home Office has tried to reform the funding formula.

Chair of the Committee Rt Hon Keith Vaz MP said: “The current police funding formula has become unfit for purpose, and this review was welcome. Instead of designing a process which truly engaged the police and Police and Crime Commissioners, they were shut out, with the Home Office denying them access to data and giving them an impossibly short amount of time to submit evidence. Police forces found themselves on a rollercoaster, where at the stroke of a pen they saw their funding allocation plummet in some cases and rise meteorically in others, with nobody able to explain why. It would be charitable to call it a shambles.”

Vaz continued: “Errors by senior officials in the Home Office and the process adopted were serious mistakes which wasted time and resources and gravely damaged confidence in the Home Office in the eyes of their principal stakeholders, the police themselves. Senior officials did not communicate with those who would be affected by the review, or seemingly with each other, and did not understand the significance of the errors which were made. The ease with which Devon and Cornwall exposed the error was almost farcical in a modern day battle between David and Goliath.”

The Home Affairs Committee chairman concluded: “The Chancellor’s announcement to protect overall police funding in the Spending Review is welcome. Taken with the Minister’s decision to suspend the review, this provides a real opportunity. An Independent Panel should be appointed to assist in formulating revised proposals. We hope the assistance and advice of external experts will deliver a fair and effective funding formula. For this to work, the Home Office needs to state clearly what it expects the police service to do, and what it’s prepared to fund.”

Responding to the Home Affairs Committee’s report, National Police Chiefs’ Council chairman Sara Thornton said: “It’s vital that there’s confidence in the funding formula review process. Inclusion and involvement will help achieve this. Chief officers will work closely with the Home Office to help develop a new allocation which is transparent and fair, sharing our professional judgement and explaining what forces need in what is most certainly an era of changing demand.”

Thornton went on to state: “Ultimately, this is about keeping people safe. Police funding must be put on a sustainable and long-term footing with appropriate transition arrangements. In the meantime, chief officers will continue to reform policing in the UK alongside partners including the College of Policing, the National Crime Agency and elected Police and Crime Commissioners.”