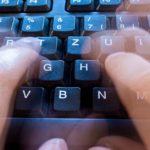 The Crime Survey of England and Wales shows that levels of crime have remained stable at 6.7 million offences for the year ending September 2016. However, the inclusion of fraud and computer misuse incidents has led to a further 5.6 million offences being recorded by the Office for National Statistics (ONS).

“In its 35-year history, the Crime Survey of England and Wales (CSEW) has charted changing trends in crimes experienced by the population,” commented John Flatley, crime statistics and analysis specialist at the ONS. “In the past, burglary and theft of vehicles were the high volume crimes driving trends, but their numbers have fallen substantially. When the CSEW started, fraud was not considered a significant threat and the Internet had yet to be invented. These latest figures demonstrate how crime has changed, with fraud now the most commonly experienced offence. However, it should be emphasised that the new headline figures, including fraud and computer misuse, are not comparable with those from earlier years.”

Chief constable Jeff Farrar, the National Police Chiefs’ Council lead for crime and incident recording, said: “The addition of fraud and computer misuse incidents has led to the inclusion of a further 5.6 million offences in this bulletin. These latest figures show that there were 1.9 million cases of fraud on UK-issued cards, which is an increase of 39% on the previous year. The majority of these cases are not reported to the police, who have only seen a 3% increase in fraud offences.”

Farrar continued: “The ability to commit crime online demonstrates the need for policing to adapt and transform to tackle these cyber challenges. Working with the Home Office, the Association of Police and Crime Commissioners and industry colleagues, chief constable Stephen Kavanagh is leading on the digital policing programme to develop new tactics and capabilities aimed at catching these offenders and helping to protect people online.”

The police recorded 4.7 million offences in the year ending September 2016, representing an annual rise of 8%. Increases in public order, sexual offences and violence without injury have been major contributing factors in this. The ONS attributes this to improved crime recording and a greater confidence in people coming forward to report.

In conclusion, Farrar stated: “There appear to be smaller increases in some of the lower volume, but higher harm categories of police recorded violence including homicide. That’s up by 22%, much of which is due to the inclusion of the 96 victims from the tragic events at Hillsborough. Knife crime has increased by 11% in line with the recent upward trend. The police service is determined to address this rise and will continue with proactive operations across the county to target habitual carriers of knives and those shops willing to sell to those who are under age.”

*The full ONS report is available to read here