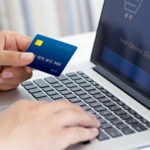 A total of 42 professional fraudsters, all of them members of Internet-based criminal networks, have now been arrested for online fraud activities. They’ve been ordering high value goods from online shops with stolen credit card information. The individuals concerned had performed more than 3,000 illegal online transactions through which they had purchased items worth a total of 3.5 million Euros.

Supported by Europol, various law enforcement authorities from the UK, Austria, Finland, France, Greece, Ireland, the Netherlands, Portugal, Romania and Spain teamed up in a co-ordinated joint action against those criminal networks, targeting the locations where illegally purchased goods had been delivered.

Europol orchestrated this operation from its headquarters in The Hague, with direct assistance from payment card schemes, banks, logistics companies and e-merchants. Europol’s European Cyber Crime Centre (EC3) specialists were also deployed in the Member States with mobile offices to offer ‘on the spot’ support to national authorities.

Many packages from online shops were intercepted and 120 locations searched using information that had been previously submitted by e-merchants, payment industry and logistics companies. The house searches led to seizures of high value goods, including electronic appliances, smart phones, tablets, watches and clothing.

The investigative measures adopted also revealed that the suspects might have been involved in other forms of crime, such as ID fraud, phishing, cyber attacks, the illegal use of stolen passports, illegal immigration, money laundering and terrorism.

In one case, a fraudster was charged for activities amounting to a fraud total of 600,000 Euros. An employee of a delivery company was found to be involved in the crime as well.

A further money laundering scheme worth 1.5 million Euros has also been detected.

This was the first European-wide action on e-commerce fraud. This type of co-operation is an effective way of tackling payment card fraud while also saving on police resources. By working together and using Europol’s unique capabilities, law enforcement authorities from Member States were able to piece together 3,000 individual fraud investigations into 40 international cases.

Merchants and banks contributed extensively to these investigations, with this operation following on from the successful Europol-supported action led by the UK’s Dedicated Cheque and Plastic Crime Unit (comprising police officers drawn from the City of London Police and the Metropolitan Police Service) in June.

Payment card fraud against online shops is considered to be a ‘high profit, low risk’ form of criminal activity, with losses for the European sector exceeding one billion Euros. Investigative measures are very complex in this area due to the virtual and international dimension of this crime.

Cyber fraud is a top priority for Europol and law enforcement agencies across the European Union.

The operation is a practical continuation of the work of the E-Commerce Working Group, a private-public sector partnership network established in 2013 with key stakeholders including the Merchant Risk Council in addition to a network of 450 e-merchants.

Open source specialists from both EU and US law enforcement agencies delivered speeches and guest lectures on a variety of topics from digital forensics, counter-terrorism and radicalisation propaganda through to drugs on social network platforms and the open source monitoring of human trafficking.

On the second day of the conference, speakers from the private sector and academia alike explored the latest trends and technological developments in the areas of OSINT and Social Media Intelligence and their potential impact on the work of law enforcement authorities in the future.

Through this event, Europol reinforced its commitment to co-operate closely with OSINT practitioners in the EU Member States.