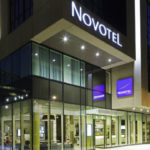 Following last October’s deadly mass shooting at the Mandalay Bay Hotel in Las Vegas, further questions have arisen around hotel security worldwide. As James Morris duly observes, hotel security has always been about the balance of security versus the guest experience. It’s a balancing act that will inevitably continue to be the norm in most countries as we head into the New Year.

On Sunday 1 October last year, some of the 22,000 attendees at the Route 91 Harvest Music Festival being staged on the world famous Las Vegas Strip in Nevada reported hearing ‘pops and bangs’ in the vicinity. As wounded concertgoers began to hit the floor around them, it became clear to some that those ‘pops and bangs’ were far from innocent. They were, in fact, the result of gunfire, and panic duly ensued. Within the space of just ten minutes, at least 58 people had been killed and more than 500 badly injured.

As details of the tragedy emerged, it became clear that the carnage was caused by one man. The gunman responsible for the worst mass shooting in modern US history – a 64-year-old retired accountant named Stephen Paddock – had placed himself within the nearby Mandalay Bay Hotel and opened fire from a suite located on the 32nd floor of the building, targeting gunfire on those below. Paddock was subsequently found dead in his room from a self-inflicted gunshot wound. His motives for what he did remain unknown to this day.

As so often occurs following such horrific events, questions have been posed as to how this occurrence could have been stopped and what could be done to prevent such an event from ever happening again. In the wake of the Las Vegas shooting, questions have been posed about the security at the Mandalay Bay Hotel and, subsequently, hotel security in general. Could any hotel’s management prevent such an event from transpiring, though, and what might hotels do in general to increase their security?

Evidence emerged post-event that Stephen Paddock had meticulously planned the shooting, plotting distance, wind and trajectories from the hotel window to the ground below, and also setting up wireless CCTV cameras to monitor the approach of security staff.

It’s believed Paddock may have researched the possibility of attacking other outdoor concerts. He reserved a room that overlooked the August 2017 Lollapalooza Festival in Chicago, but in the end didn’t use it.

On Monday 25 September, Paddock arrived at the Mandalay Bay Hotel and booked into a complimentary room. Three days later, he moved to the 32nd floor suite, placed a ‘Do Not Disturb’ sign on the door, organised the room and stockpiled an arsenal of weapons.

Paddock is believed to have carried more than ten suitcases into his hotel suite during preparation for the shooting.
Shortly before 10.00 pm on Sunday 1 October, hotel security officer Jesus Campos was sent to the 32nd floor to investigate an ‘open door’ alert. He encountered a barricaded door that prevented him from immediately accessing the floor. After arriving on the floor, he heard drilling from Paddock’s room and went to investigate. At approximately 10.05 pm, Campos was hit in the right thigh by bullets fired through the door of Paddock’s suite.

After Campos was hit, he immediately informed the hotel’s management (by radio and mobile phone) that he had been shot. He also contacted a maintenance worker who was on the same floor. That worker then informed hotel dispatchers over his own radio, detailed the ongoing shooting and told them to call the police immediately.

Since that fatal attack in Las Vegas, some commentators have called for airport-style security measures such as baggage and guest scanning on entry to lobbies to be placed in hotels, but is this actually realistic?

In the immediate aftermath of the attack, some Las Vegas-area hotels reportedly began scanning guests’ bags using handheld wands as a short-term solution, but this was a small number of establishments and for a short period of time only. While total baggage and guest scanning is common practice in hotels located in areas with higher security risks, these measures remain extremely uncommon in much of the world, mainly for privacy reasons.

Indeed, it would represent a significant step change to see them rolled out in destinations such as London, New York and Paris where hotels in particular operate from the mindset of free movement and open, inviting environments designed to put guests at ease and encourage both exploration and relaxation.

While airport-style security measures may not be realistic, there are many steps hotel management teams can take to increase the safety and security of guests without impinging on the experience and freedom of movement many of those guests have come to expect.

Security access at a hotel can be considered like an onion with many layers of control. Hotels can monitor and control their outer doors to view who enters and exits the building. Priority areas for further access control should include guest floors, VIP areas and the separation between Front of House for the guests and Back of House where staff offices are typically located.

Access control for elevators and stairwells can easily restrict access into guest areas without impacting guests adversely. Fire-related Codes of Practice typically mean that doors will have to be unlocked should fire alarms activate, so combining access control with CCTV on exterior doors in particular is key. Hotel layouts are rarely simple to manage, so access control in elevators will require some programming, but that’s easy to manage in this day and age.

Security Departments within hotels are typically small teams. A key factor in hotel security is the role of all employees in security programmes as security here is predominantly about people. In truth, it’s other departments and functions within a hotel that interact most often with guests and visitors.

Front of House personnel such as valet parkers or door staff interact with guests immediately and can inform security personnel of any guests with unusual baggage as well as any individuals who refuse to allow others to touch their belongings.

Similarly, housekeeping can inform security should they discover unusual items in guest rooms or in the event that guests maintain ‘Do Not Disturb’ notices for unusually extended periods of time. Food and beverage staff can inform security of persons loitering in the public areas, and particularly so those making notes, taking photos or hanging around for too long without an obvious purpose.

While the majority of these occurrences will be completely harmless, the information gathered can support security monitoring.

The sharing of information among hotels is a key element of the security programme. Sharing information on suspicious persons, or those known to have attempted nefarious acts, can reduce the risk of such acts in the area and create a stronger ‘security bubble’.

Hotels can support each other in myriad different ways, including through agreements to house other hotels’ guests in the event of disruption to hotel operations or acting as evacuation muster points at night or during periods of adverse weather conditions.

Traditional emergency response has focused on evacuation, but increasingly the concept of invacuation (or shelter-in-place) is a key one for hotels where a large number of guests, visitors and employees need to be supported during an emergency scenario. While fire remains the largest threat to safety in most hotels, the type of event whereby a shelter-in-place process is enacted can range from terrorism/active shooter episodes to civil unrest and natural disasters such as hurricanes, floods and typhoons where securing and supporting individuals in central locations becomes vital.

As is often the case following a traumatic event, calls for change and improvement have been widespread following the Las Vegas mass shooting. There are realistic measures that can be enacted, including layered access control, additional training and awareness instruction and updated crisis management planning.

A major question to consider re: the Las Vegas episode is whether any of the measures outlined would have made a difference in this particular situation. Realistically, the answer is ‘No’. Some events are difficult to protect against without investing huge sums of money in security. In most cases, this will be unrealistic. However, we must always consider foreseeable risks no matter the potential procurement spend required to mitigate them.