As the world’s largest membership association for security professionals, ASIS International is focused on providing member engagement, member value and growth, explains Mike Hurst. As part of this ongoing process, the organisation wanted to develop a better understanding of the make-up of the professional security community in order that the Society’s plans meet the needs of this community both now and into the future.

There was an overriding desire to better understand the profile and information needs of global security professionals and where they are in their career progression. What topic areas are of most importance to them? Also, we wanted to identify industry trends such that we can shape new education and career development programmes for the Society and its membership cohort.

Most of the results derived from our survey are self-explanatory, but I’ve endeavoured to make some, hopefully, relevant observations. 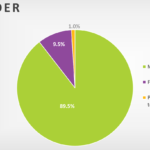 Reaching out to the ASIS database of contacts produced 8,690 responses, of which 4,917 emanated from the US and 3,773 from other locations internationally.

Perhaps unsurprisingly, the majority of the individuals responding were male with an average age of approaching 50. I suspect that the gender balance for the younger end of the spectrum was less one-sided, although there’s still a clear male majority within the security profession.

On that note, ASIS is working had to promote diversity and make security an attractive career choice for everyone.  The international ASIS Women in Security Council and its regional and Chapter groups are but two of the initiatives by which we’re trying to achieve this aim. 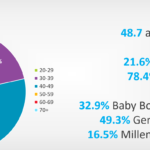 The survey quantifies what we probably already knew in that a large number of people have a military or law enforcement background, with 34.1% having military experience (serving an average of 13.1 years) and 35.1% having law enforcement experience and serving an average of 18.4 years.  There will be a number of respondents who have served in both the police and the military. Helping people transition from these services into the commercial world is always a priority.

The Western World does have an ageing population, but with only 21.6% of respondents being under 40, it’s very much the case that recruiting new, younger security professionals is clearly a concern. In the UK, we have a very active Young Professionals Group working with the main Young Professionals Council to encourage new entrants into the security world and facilitate their career development. This Autumn, ASIS will be launching a new mid-level Board Certification in Security Management. The existing Certified Protection Professional (CPP) certification requires up to nine years’ experience, so this new qualification will be more accessible to those at the early stages of their careers. 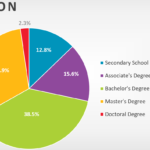 The fact that over one third of the survey respondents possess a Bachelor’s degree and almost one third have gained a Master’s may indicate both the increasing complexity of the security landscape and the requirement in business for employees to be well qualified.

Almost 50% of respondents are seasoned professionals, but one-in-eight are just starting their careers, which is probably a positive indication.

There’s still a wider divergence of where the security function sits in the business, but almost one third reporting into the CSO is as many would like it to be. The fact that almost a quarter report into IT may be an area that could benefit from further examination. 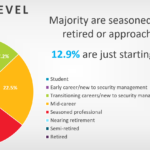 Almost a quarter of the respondents’ companies have a security budget of over $1 million with a similar number being the final decision-maker. This is useful information if you’re a manufacturer considering how to spend your global marketing budget.

Looking at the previous two categories, it’s clear that ASIS International members and those other security professionals surveyed have a wide ranger of responsibilities and interests, which is almost certainly indicative of the way in which the security function has evolved in an enterprise.

It was vital to establish and quantify the demographic nature of the sector and, although some of the results are what we would have expected, others are quite illuminating and will help to inform the future development of ASIS as well as the services the organisation provides for its members. 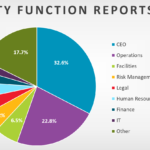 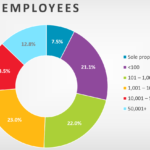 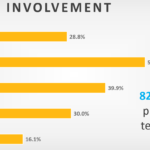 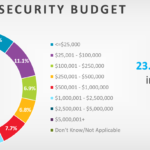 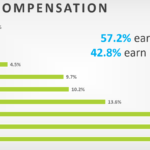